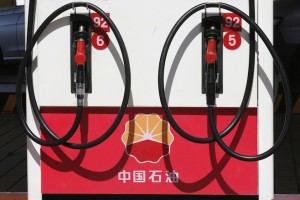 The Kremlin has asserted that despite sanctions limiting Russian access to Western technology, it will fulfil its plans of increasing oil exports to China.  Asian companies have apparently signalled an interested in replacing the U.S. companies which are now debarred from Arctic exploration with Russia.  French major Total, which owns 20% of the mammoth Yamal gas project, is looking for alternative sources of funding as a result of sanctions, whilst Russian major Novatek, which owns 60%, apparently has no problem financing its share.  Whilst acknowledging the complexities of the political situation, Total’s CFO Patrick de La Chevardiere noted that Europe’s reliance on Russian gas is such that it must continue to participate in energy projects with Russia.  Reuters reports that last week Austria unexpectedly received 20-25% less gas from Russia than contractually agreed.  Gazprom is confident that it can substitute all imported equipment that is subject to Western sanctions.  The company board’s Deputy Chairman, Alexander Medvedev, believes that in 15 years Asia-Pacific regional states’ aggregate annual gas import will almost double.  Having withdrawn from its other Russian projects, Exxon Mobile energy company is reportedly still active in the Far-Eastern Liquefied natural gas plant construction project.

South Africa has signed a nuclear power cooperation deal with Rosatom, laying the foundations for the construction of up to 9.6 GW of nuclear power plants based on Russian technology by 2030.   Russia also has plans for a nuclear power plant in Jordan.  Despite strained relations, Washington has collaborated with Moscow in removing 50 kg of highly-enriched uranium from Poland.  Hawkish Deputy Prime Minister Dmitry Rogozin says that Russia’s land-based strategic nuclear forces will be completely modernised by 2020.  Ukraine’s military is reportedly pulling back artillery and heavy armor from the front line with separatists, suggesting the peace plan might be taking hold.  Another concert by Time Machine frontman Andrei Makarevich, who has expressed sympathy with the Ukrainian cause, has been cancelled.  See here for some of the reactions among politicians and analysts to the news that Kremlin foe Mikhail Khodorkovsky may to return to politics.

Heavily indebted mining company Mechel is apparently teetering on the brink of bankruptcy.  Ex-finance minister Alexei Kudrin has warned that with its current economic model Russia will be ‘balancing on the edge of recession all the time‘.  A new character inspired by President Putin, in the form of an Amur tiger cub, is soon to join the cast of popular children’s television show “Goodnight, Little Ones!”

PHOTO: A PetroChina logo is seen at its gas station in Beijing, China.  (Kim Kyung-Hoon / Reuters)