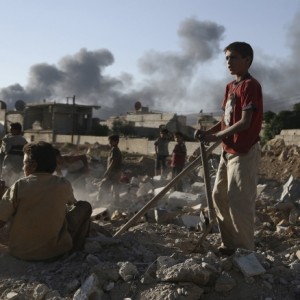 According to new photographic evidence, Russia is expanding its military presence in Syria through the development of two additional bases.  The Kremlin’s intervention in favour of President Bashar Assad has angered Saudi Arabia and other Sunni Muslim Gulf states which are firmly opposed to Syrian leader.
Iran’s Deputy Foreign Minister Hossein Amir-Abdollahian has asserted that Moscow and Tehran are cooperating and ‘intend to use all possibilities and potential to help Syria come out of this crisis’.  The same cannot be said of Moscow and London, it would seem from this report.  Turkish President Recep Tayyip Erdogan and Palestinian leader Mahmud Abbas are in Russia for the opening of the new Moscow Cathedral Mosque, an edifice able to hold up to 10,000 worshippers and the third-largest mosque in Russia after the Grand Mosque in Makhachkala and the Akhmed Kadyrov Mosque in Grozny.  ‘Ramzanism is almost the ur-expression of Putinism: a philosophy that is equal parts bling, violence, nationalism, kleptocracy and religion’: the Guardian examines relations between Chechen President Ramzan Kadyrov and Vladimir Putin.

High-profile proceedings against Ukrainian pilot Nadezhda Savchenko, accused of the murder of two Russian journalists, are now underway in Donetsk in a case some have described as a show trial.  Putin’s spokesman Dmitry Peskov has warned that Ukraine’s plans to join NATO will result in ‘countermeasures’ by Russia.  The construction of a new railroad circumventing Ukrainian territory has been authorised by Prime Minister Medvedev.

The Kremlin has asked Rosneftegaz to spend $900 million renovating the Zvezda shipyard in the Far East, in order to enhance trade capacity in East Asia.  State-owned Latvian asset management company Reverta is seeking $75 million from Russia at the European Court of Human Rights to recover funds from a loan granted nearly ten years ago.  Now that it has been labelled a ‘foreign agent’, Sakhalin Environment Watch has announced it has no choice but to return a $159,000 grant to the Leonardo DiCaprio environmental foundation.

PHOTO: Children inspect rubble as smoke rises behind them during clashes between forces loyal to Syria’s President Bashar al-Assad and the Army of Islam fighters, on the eastern mountains of Qalamoun overlooking the town of Douma, eastern Ghouta in Damascus. (Bassam Khabieh / Reuters)