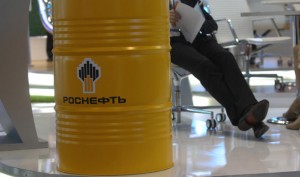 Russia’s Energy Minister Alexander Novak has said that Ukraine must find ways of paying for Russian gas supplies within one week in order to reach an agreement for winter supplies.  Moscow will not increase international monitoring of the border with Ukraine, despite OSCE moves to extend its observers’ mandates. Bloomberg offers perspectives from the ground along the Russia-Ukraine border.  One French envoy believes that sanctions against Russia must stay in place, since Putin has manifestly ‘won‘ the battle for Ukraine.  World-famous puppet maker Christian Bailly’s latest creation is a ‘deeply disturbing‘ musical Vladimir Putin doll which shows him annexing Crimea.  This article suggests that Poland’s complaints that Russia had reduced gas supplies were part of a purposeful strategy to discredit the gas giant.  Oil major Rosneft has requested over $48.8 billion in financial aid from the country’s National Welfare Fund as sanctions take their toll.  ‘Every $10 fall in the oil price means a $32.4 billion fall in oil and gas exports, which is equivalent to about 1.6% of GDP‘ concludes Morgan Stanley on Russia, meaning that if prices fall lower, it could be catastrophic for the nation’s coffers.  The Kremlin has rebuffed accusations that a Russian warplane violated Estonia’s air space, in a move which caused NATO and Swedish fighter jets to scramble.

The Constitutional Court has declined to consider a complaint from Pussy Riot’s Nadezhda Tolokonnikova about what she says is the unconstitutional nature of the hooliganism charges for which she was convicted.  As Kyrgyzstan proposes gay rights legislation akin to that in Russia, the battle for influence between Washington and Moscow over oil and wealth is taking place in a proxy, cultural field, says this commentator.  Immigration rights group Civic Assistance has released a powerful new video in which casual racists are likened to armed Nazi zombies.

The state duma has suggested building a statue at Moscow’s Vnukovo airport in honor of Total CEO Christophe de Margerie who died in an air crash earlier this week.  The authorities have detained four more Moscow airport workers in relation to the crash and the airport’s chief executive and his deputy have resigned.  ‘Regardless of who is to blame […] it reinforces an indisputable fact: Russia’s air-safety record is dreadful‘.

PHOTO: Rosneft, which after a breakneck borrowing-aided expansion is Russia largest oil company, has $20 billion of debts falling due in this quarter and the next. (Maxim Stulov / Vedomosti)