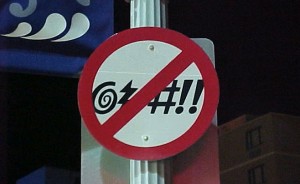 Foreign Minister Sergei Lavrov, who has accused the West of attempting to stage ‘another colour revolution‘ in Ukraine has warned that Russia will retaliate if its interests are threatened in the divided country.  The minister has also complained that the far-right ultranationalist Ukrainian group Right Sector is still active despite the Geneva agreement and laments that there is no logic in the West’s readiness to recognize elections in Ukraine without constitutional reform, if they refuse to do the same in Syria.  RFE/RL is still running a live blog on the Ukraine crisis for up-to-the-minute reports.  Lavrov has also insisted on an investigation into reports that U.S. private military organization Greystone is involved in the troubles.  Mark Galeotti in the Moscow Times suggests that there is little to prove that members of masked pro-Russian militias in Eastern Ukraine are in fact Russians.  Whilst Moscow vaunts its military hardware in Ukraine, it seems they are also sending a message to NATO members, several of which scrambled jets yesterday after a pair of Russian bombers skirted close to their airspace over the North Sea.

President Barack Obama said the U.S. and its allies will introduce additional sanctions against Russia.  VTB Capital, Russia’s largest investment bank, has rebuffed rumours that it may close its office in New York as a result of the restrictions.  Russia’s Natural Resources Minister has threatened foreign companies who decide to leave Russia over sanctions with permanent exile.  50% of Russians believe that the country’s isolation from the West is highly unlikely.  An article in the FT agrees with them.  Click here for an analysis of why Europe is wary of imposing tough sanctions.  Russia will expel the first secretary of the Canadian embassy in Moscow in an apparent tit-for-tat diplomatic dispute.

Russia, which now has around 70 million Internet users, has urged that the U.N. establish a special entity for international cooperation on control of the web.  The State Duma is tightening its grip over the cultural sphere with a bill that would ban the use of expletives from films, theater and other works of art.

PHOTO: The new bill on expletives would punish movie theaters that play such unlicensed productions by a fine of up to $2,797 for the first offense. (Ben Schumin / Wikicommons)