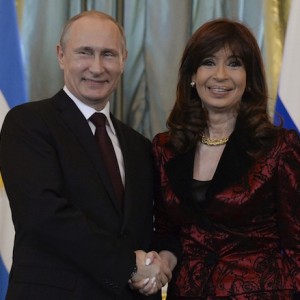 A gay music teacher who was fired after her sexual orientation was revealed by anti-gay activists, has lost her appeal to a St. Petersburg court to be reinstated in her job.  The fate of anti-corruption activist Alexei Navalny remains uncertain as a Moscow court has postponed a hearing to review the suspended sentence he received in December for fraud, which prosecutors wish to convert into prison time due to his recent ‘political activities’.  Vladimir Ryzhkov sees increasing evidence that Putin’s regime could be considered totalitarian.  Zaur Dadayev, the suspected killer of opposition leader Boris Nemtsov has told a Moscow court that he pleaded guilty to the crime only as a result of torture and has an alibi.  As Russia gears up for Victory Day celebrations, a group of World War II veterans in the Karelia region have returned commemorative medals to the government in protest against the inability of local authorities to manage a pollution issue, stating, ‘seventy years ago our people defeated fascism, but we, veterans who have lived to this day, cannot defeat bureaucracy and the indifference toward us’.  Chechnya’s assertive President Ramzan Kadyrov has told Chechen police they can shoot at officers from other parts of Russia.

A raft of energy deals emerged as the result of the Moscow meeting between President Putin and his Argentine counterpart Cristina Fernandez.  State development bank VEB will provide a loan of $1.2 billion to a hydro power station project in Argentina.  Gazprom, which signed a memorandum on cooperation with Argentinian state oil company YPF,  is interested in the state’s hydrocarbon deposits.  The Kremlin envisages investing $2 billion in its nuclear power plants.

Revelations made about the dealings involved in Rosatom’s acquisition of Toronto-based miner Uranium One Inc in 2013 has become something of a sore spot for Hillary Clinton.  Finance Minister Anton Siluanov has predicted that the federal budget deficit will diminish next year to around 1.5% of GDP – and this year it will reach 3.8%.  The Ministry of Economic Development has expressed hopes that GDP may expand 2.3% in 2016 after a contraction estimated at 2.8% this year, having seen signs of  financial stabilisation.  In what has been taken as a victory for economic liberals in the government, Prime Minister Medvedev has announced that Russia will not do away with pension fund contributions.  The toll of the financial crisis is, this article suggests, most manifest in the shrinking of the middle class, which as a group could halve to 20% of the population in the contracting economy.  In a sign of Russia’s increasingly militaristic approach to its Arctic territory, a St Petersburg shipyard has begun work on the first Russian military icebreaker in over 40 years.