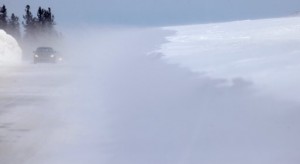 Police say they have found no evidence of third-party involvement in the death of Boris Berezovsky, who was found dead on the bathroom floor of his England home on Saturday.  Friends of the exiled oligarch suspect foul play; his ex-wife, who visited the house after his death, said she is ‘definite’ that ‘Boris was killed. I have quite different information from what is being published in the media.’  The Russian media have responded by branding Berezovsky an ‘evil genius’ and ‘the most odious oligarch of the 1990s’, with one state television report on his death ending with a list of his alleged crimes.  Other sources have speculated about Berezovsky’s state of mind, which had reportedly been troubled in recent months following his spectacular loss of the case against Roman Abramovich in London’s High Court last year, increasing financial woes, and alleged unsuccessful attempts to reconcile with Vladimir Putin and return to his homeland.  Exiled businessman Evgeny Chichvarkin says that Dmitry Peskov’s story about a personal, conciliatory letter from Berezovsky to Putin ‘sounds like something made up by Putin’s people’.  Peskov says he is ‘not aware of how the president reacted’ to the news.  Mary Dejevsky remembers the man ‘who poisoned Britain’s relations with Russia’.

Following his visit to Russia, Chinese President Xi Jinping criticised foreign governments that meddle in the domestic affairs of others, which is seen as both a mirroring of Vladimir Putin’s rhetoric and a subtle dig at the U.S.  Xi’s visit saw the signing of 35 bilateral agreements ranging from energy to rabbit husbandry.  Wealthy Russians are reportedly flocking to troubled Cyprus in a bid to protect their finances.  ‘Officially, 30%-40% of the money in Cypriot banks comes from non-residents, mostly Russians,’ which is why Cyprus may have to choose between Russia and the E.U. for a successful bailout.

The posthumous trial of Sergei Magnitsky begun again on Friday, with lawyers for the deceased asking the court to recuse the prosecutor for giving them insufficient time to read case materials.  Jamison Firestone retells Magnitsky’s story, following last week’s Investigative Committee decision to close the investigation into his death, having ruled that he had not been abused in prison (contrary to information on his death certificate).  A Russian Orthodox deacon who protested to Patriarch Kirill about the prosecution of Pussy Riot is seeking asylum in Prague.

PHOTO: Cars drive along the M54 highway from Krasnoyarsk to Mongolian border during a blizzard on the Kulumys Pass in the Western Sayan Mountains some 600 km (372 miles) south of Russia’s Siberian city of Krasnoyarsk, March 23, 2013. Picture taken March 23, 2013. REUTERS/Ilya Naymushin