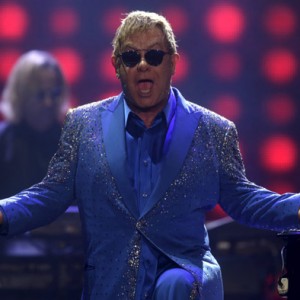 In what is expected to be a ‘big time show’, President Putin will make his first personal appearance in ten years at the United Nations General Assembly on Monday, where he will most likely focus on the conflict in Syria.  All eyes are on the Russian President, who, after all, according to The Independent, ‘maybe […] has something interesting to say’.   Russia’s deployment of war planes to Syria has prompted the scheduling of a meeting between the Russian President and his U.S. counterpart on the sidelines of the summit that ‘was unthinkable just weeks ago’, says the Washington Post.  Contradictory statements about the agenda of the meeting (Moscow says Syria, Washington says Ukraine) offer some indication that discussions may take a frosty tone.  U.S. Defense Secretary Ash Carter says Washington is still unclear as to whether an overlap of interests does indeed exist in Syria.  Whilst the fight against terrorism is one ostensible shared goal, analysts says that Russia’s primary interest is in maintaining instability so as to drive up oil prices.  Despite attempts to reduce budgetary reliance on oil and gas, energy companies were reportedly responsible for 98% of all profits made by major Russian firms last year.

Ukraine’s President Petro Poroshenko has signed a new military doctrine that identifies Russia as the main military threat to Ukraine.  Today talks will recommence between Russia, Ukraine, and the European Union on restoring Russian gas supplies to Ukraine, after months of deadlock.  Prime Minister Medvedev has signed a decree setting the gas price, at a level that is reportedly on a par with the other European Union countries bordering Ukraine.  Could it soon be the end of Gazprom’s export monopoly?  Deputy Prime Minister Arkady Dvorkovich does not believe that imposing heavier taxes on the oil sector (as proposed by the Finance Ministry) will help replenish the budget.  For the 15-16 million Russian citizens whose poverty has worsened as a result of the crisis, the Kremlin has a new plan: a $3.6 billion national food stamp program.

President Putin has reportedly telephoned Sir Elton John and offered to meet to discuss gay rights with him after impersonators fooled the singer in a prank call earlier this month.  As predicted here, a regional legislature in northwest Russia has voted to expel Kremlin critic Lev Shlosberg.  Radical anti-authoritarian art collective Voia is mourning the death of member Leonid Nikolayev, at the age of 31.

PHOTO: President Putin has told Sir Elton John that since he was a popular performer he would be ready to meet him and discuss any subjects which interested him. (Ricardo Moraes / Reuters)