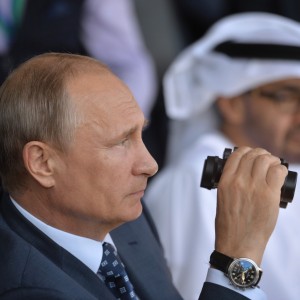 Oleg Sentsov, the Crimean film-maker whose court case on terror charges has been described by Amnesty as ‘redolent of Stalinist-era show trials of dissidents’, has been handed down a 20-year jail term for conspiring to commit terror attacks.  Local activist Alexander Kolchenko, who was tried alongside him, received 10 years.  In Sentsov’s address to the court, the transcript of which can be read here, he offered this message to all Russians: ‘I simply wish for you to no longer be governed by criminals’.  The surprising early release of former Defense Ministry official Yevgenia Vasilyeva, who had been sentenced to five years in prison in a high-profile fraud case, has caused upset in the duma.  Having spent less than four months behind bars, her speedy release has been described by Andrei Babushkin, a member of the Presidential Human Rights Council as ‘completely surreal’.  Yesterday’s brief Wikipedia ban is worrying, says Artyom Kozlyuk, the head of independent online freedom watchdog Roskomsvoboda, because it is the first time a court rather than a government agency has ruled to block a webpage.

President Putin welcomed Jordanian King Abdullah II and the crown prince of Abu Dhabi at the first day of the International Aviation and Space Salon, or MAKS, during which, the President has pledged, a series of ‘serious agreements‘ will be signed.  The show is likely to be less profitable for civil aviation companies.  The Economy Ministry has lowered its economic forecasts for this year, envisaging GDP to fall by 3.3% in 2015, as opposed to the earlier optimistic prognosis of a 2.8% contraction.  Russia’s consumer safety watchdog has ordered that supermarkets remove a number of foreign-produced detergents, fabric softeners and cleaning products from its shelves.

The Kremlin refuses to accept the ruling made by an international arbitration panel which has ordered it to compensate the Netherlands for seizing the Greenpeace ship the Arctic Sunrise in 2013.  Forbes reports on the apparent accidental release of statistics pertaining to the number of Russian soldiers killed in eastern Ukraine.   The Parliamentary Assembly of the Council of Europe has announced that 88-year-old human rights campaigner Lyudmila Alekseyeva is one of the finalists for the 2015 Vaclav Havel Human Rights Prize.