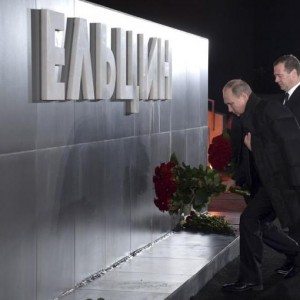 ‘We have serious doubts that this was an unpremeditated act […] It looks very much like a planned provocation’: Foreign Minister Sergei Lavrov shows no signs of deescalating the verbal battle between Russia and Turkey over the downing of an SU-24.  Nor does President Putin, who told journalists, ‘we can’t rule out [the possibility of] new incidents’.  Whilst Turkey has released what it says are recordings of the repeated warnings the jet received before being shot down, the surviving pilot maintains that no radio contact was made.  Russia’s most advanced surface-to-air missile systems, the S-400 Triumf, have been deployed to its air base in the Syrian region of Latakia in response to the incident with Turkey, and a heavy bombardment ordered.  Bloomberg examines how the state media machine has taken up Putin’s cause.

Despite the rhetoric, Sergei Lavrov has been keen to assert that Russia is ‘not planning to start a war with Turkey’ and that Russia has always aimed at ‘building practical, pragmatic relations with our Turkish neighbors — in the wake of the Syrian conflict, too.’  Some conciliatory gestures on the part of Turkey have also been noted.  RFE/RL has assembled the views of seven different military experts on the matter.  Do problems in the Putin-Erdogan relationship stem from their similarities as much as their differences?  A group of Russian lawmakers have waded into the spat by submitting a bill to parliament on fining people who refuse to accept that the 1915 killings of Armenians by Ottoman Turkish forces was ‘genocide.’

Ukrainian Prime Minister Arseniy Yatsenyuk says that the ceasing of gas supplies to Kiev was the result of a decision by the Ukrainian government to stop buying from Gazprom, not by Russia.  Ukraine has imposed a ban on transit flights over its territory for all Russian airlines.  Three activists accused of flying a Ukrainian flag from a Moscow skyscraper will spend 10 days in custody for insubordination.  Poland’s Law and Justice apparently wants to initiate a new inquiry into the Smolensk air disaster of 2010 in which then-President Lech Kaczynski was killed, and says if Russia refuses to hand over information, it will take the case to the European Court of Human Rights.  President Putin and Prime Minister Medvedev have inaugurated a new museum to former President Boris Yeltsin, the man who anointed Putin his successor.