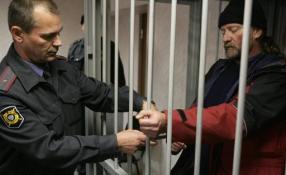 The 30 Greenpeace activists who were detained last week for attempting to scale a Russian oil rig will be held without charge as the authorities investigate.  Nils Muiznieks, human rights commissioner for the Council of Europe argues that the denial of bail ‘clearly raises human rights concerns‘.  A Russian news photographer is among the detainees, prompting an appeal from Reporters Without Borders for his freedom.  Amnesty has urged that the authorities investigate prison abuse allegations made by Pussy Riot member Nadezhda Tolokonnikova, strenuously denied by the authorities.  A court has postponed a hearing on whether fellow member Maria Alyokhina should be released early.  Happier news for the Bolotynaya 12; apparently some lawmakers believe a planned prison amnesty will ensure their release.  The IOC is apparently ‘fully satisfied’ that Russia’s ban on homosexual propaganda does not violate the anti-discrimination guarantees of the Olympic charter.  Pop icon Elton John will proceed with his December concert in Moscow in a sign of solidarity with Russia’s gay and transgender community.

International powers have finally concluded a ‘binding and enforceable draft resolution’ which would see Syria agree to international control of its chemical weapons arsenal.  Foreign Minister Sergei Lavrov told reporters that the draft resolution states ‘there will be no enforcement in line with Chapter 7′ of the UN Charter, which green lights the use of military force and economic sanctions.  The Economist sees Russia’s success in stymying Western military intervention in Syria as a buoy for Putin’s assertiveness. An assertiveness also seen in attempts to blackmail neighbouring countries which seek increasing cooperation with the EU, laments this commentator.  Russia’s treatment of potential Eurasion Union states amounts to ‘bullying‘, senior U.S. lawmaker Eliot Engel has also asserted.  The FT concurs, examining Kremlin intimidation tactics against its neighbours.  Outgoing Georgian President Mikheil Saakasvili, who used a UN speech to lambaste the Kremlin’s Eurasian Union dream, needs psychological help, Russia’s ambassador to the UN, Vitaly Churkin has concluded.  Bulgaria is considering reducing its natural gas imports from Russia.  The CEO of Russian potash producer Uralkali has been moved from jail to house arrest in Belarus, indicating that the spat sparked by a botched sales deal between the aforementioned firm and a Belarusian mining company could be nearing an end.

Mikhail Khodorkovsky has been awarded the Lech Walesa Award.  New Russian history text books for high school students will apparently contain a reference to the former Yukos head, the substance of which remains unknown.