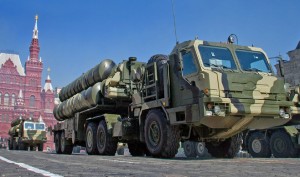 With the news that Russia foresees an average oil price of around $80-90 per barrel in the medium term, and requires an oil price of $100 per barrel to balance its 2015-2017 budget, commentators are wondering why the Kremlin did not press to cut production at its meeting with OPEC.  The difficulty of halting production, or the fact that it cannot afford to are both possible reasons cited by Businessweek.  Foreign Minister Sergei Lavrov has asserted that Russia and Saudi Arabia did not want oil production targets to be subject to ‘political or geopolitical designs’.  Another question is what or whom is responsible for the drop in prices.  The CIA? ISIS?: the Moscow Times offers some expert opinions.  The statistics are less opaque: Finance Minister Anton Siluanov has warned that Russia could lose between $90 billion and $100 billion each year from the 30% fall in the price of crude since the summer.  An additional problem, the BBC notes, is that extraction is becoming harder as Western sanctions bite.

Ukraine has accused Moscow of sending a new unit of military support to pro-Russian separatists in the country’s East, consisting of 85 vehicles.  German Chancellor Angela Merkel has excoriated Moscow over its actions in Ukraine in an address to the German parliament, but called for trade talks as a way of ensuring dialogue continues.  President Putin maintains Russia poses ‘no threat to anyone’.   The Kremlin’s remarkably effective use of ‘ambiguous warfare’ techniques in Ukraine is proving a headache for NATO.  Reports that Moscow may be gearing up for a cyberwar are unlikely to reassure.  China will be the recipient of $3 billion worth of cutting-edge Russian S-400 anti-aircraft missile systems if negotiations with the Kremlin conclude successfully.

Civil and gay rights activist Kirill Kalugin is the latest individual to apply for political asylum in Germany in response to state-sponsored homophobia.  The Committee for the Protection of Journalists has presented one of its annual Press Freedom Awards to Mikhail Zygar, editor-in-chief of TV channel Dozhd, who accepted the award with the words, ‘Running the only independent TV channel in Russia is just like walking through a mine field’.