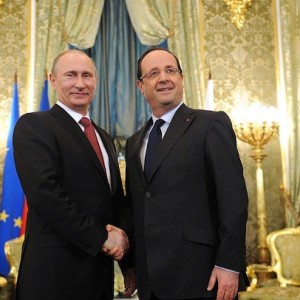 TODAY: Russia introduces economic measures against Turkey in retaliation for SU-24; energy and agriculture sectors to be affected; war of words continues on both sides; Putin meets with Hollande and agrees on the necessity of targeting Daesh alone in Syria; Gudkov vows action against NTV; Khodorkovsky discusses prospect of a Putin-free regime.

Russia has announced that it will impose import sanctions on Turkey and postpone major investment projects as bilateral relations continue to fray over the downing of an Su-24 fighter.  Plans for the TurkStream gas pipeline and a Free Trade Zone will be among the suspended projects.  The Agriculture Ministry has determined that ‘on average 15% of Turkish agricultural produce doesn’t meet Russian [quality] standards’ and restrictions will be introduced, though no embargo will be put into place.  President Putin says Moscow is still waiting for an apology.  ‘Those who violated our airspace are the ones who need to apologise’, says President Erdogan.  The Turkish leader has also stated he is waiting for the Russian President to return his call.

Accusations from Moscow that Ankara is buying oil and gas from Islamic State have been strongly refuted by the Turkish leadership, which has countered that Bashar Assad, whom Russia seeks to protect, is the terrorist groups’ real supporter.  The Syrian President remains a source of dispute between Moscow and Paris, but the two sides are in agreement on the necessity of striking Daesh alone, French President Francois Hollande commented after talks with Putin at the Kremlin.  During the meeting, Russia asserted it will pull out of the US-led coalition if there are repeats of the SU-24 incident.  Putin has accused Washington of failing to ensure that its planes were not targeted by other members of the anti-ISIS group.  In The Guardian, analyst Mark Galeotti wonders why the jet was shot down, when it reportedly spent just 17 seconds in Turkish airspace.

Businessman and chess whiz Kiran Ilyumzhinov features on the new list of sanctions issued by the U.S. Treasury Department over accusations that he has assisted Syrian President Bashar Assad.  Alexander Bastrykin, the head of the Investigative Committee, has proposed revoking international agreements that Russia deems contrary to its interests and that seem, in his view, outdated.  Opposition-inclined deputy Dmitry Gudkov has announced he is suing NTV for libel over the smear campaign the channel has led against him.  Reuters features a video interview with Yukos founder and Kremlin foe Mikhail Khodorkovsky, who hopes that revolutionary changes may be witnessed in Russia, in the not-too-distant future.