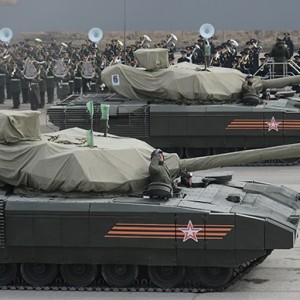 German Chancellor Angela Merkel has asserted that the international sanctions imposed on Russia should depend on the fulfilment of peacekeeping commitments signed in Minsk earlier this year, and warned that completing the package was taking longer than anticipated.  Observers have taken this to mean that sanctions will likely be extended in June.  President Putin has accused some of Russia’s ‘quasi-partners’ of attempting to hasten the country’s financial collapse by limiting Russian banks’ access to European markets when oil prices dropped.  More fool them, was the President’s verdict, adding, ‘if someone counted on causing some kind of collapse, nothing came of it.’  Russia has plans to tighten its ban on food imports from Europe by limiting re-exports of fruit and vegetables through European countries.  Ninety-five per cent of Russian regions are reportedly unappealing to foreign investors.  According to a new poll, six out of ten citizens reportedly believe that sanctions against their country over the crisis in Ukraine could result in economic turmoil, and only 31% of them now feel a crisis can be avoided (as opposed to 55% last year).

Japanese Prime Minister Shinzo Abe is the latest leader world leader to confirm he will not attend the 70th anniversary Victory Day ceremony in Moscow on May 9 in what has become a politically-fraught issue.  Slovakia’s prime minister Robert Fico has announced he will be present.  Ahead of the celebrations, Russia has unveiled a new-generation battle tank called Armata T-14.  The graphic novel Maus, which examines the Holocaust, has been removed from the shelves of a Moscow bookstore ahead of Victory Day because it features an image of a swastika on the front cover.  France’s Peugeot Citroen and Japan’s Mitsubishi have suspended production of some models in Russia as a result of dwindling car sales.  In a throwback to the Soviet era, a group of lawmakers have proposed introducing a penalty for ’employment dodging’.

In this feature, Boris Mezdrich, the director of the banned production of Tannhauser, discusses how a ‘monoculture in the spirit of Russian tradition and patriotism’ is being imposed on the Russian art scene.