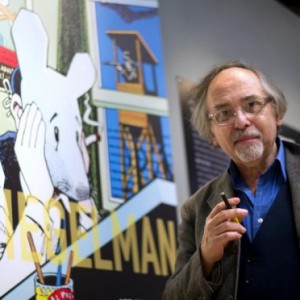 The Justice Ministry has annulled the registration of the Party of Progress, the group led by Kremlin critic Alexei Navalny, who explains it as ‘a reaction to the creation of the democratic coalition’ – the planned merging of opposition parties ahead of the 2016 elections.  Navalny, under a suspended sentence for economic crimes, will not benefit from the Victory Day prison amnesty, though fellow activist Ilya Yashin has seen the charges of infliction of light injury held against him dropped.  Reformatting, creating organisations abroad, becoming a commercial enterprise: St. Petersburg human rights lawyer Ivan Pavlov explains to the Moscow Times how he and his organisation have worked around the restrictive NGO/foreign agent law.  Writer Art Spiegelman has described the decision of Russian bookstores to cease selling copies of his graphic novel Maus due to the presence of Nazi insignia on its cover as the ‘harbinger of a dangerous thing […]  We don’t want cultures to erase memory’.  Corruption has cost the nation’s Defense Ministry $135 million, says a new report.

What are the Night Wolves distracting us from?  Brian Whitmore points out that whilst the furore over their planned trip to Poland has monopolised media attention, the OSCE has remarked that the east of Ukraine has witnessed the most intense shelling since February.  As Victory Day approaches, ‘the guest list for the military parade has come to embody Russia’s place in the world as it struggles to avoid being isolated over the events in Ukraine’.  The Russian authorities have seized the assets of a confectionery factory owned by Ukrainian President Petro Poroshenko in the Russian city of Lipetsk in order to block their sale.  Amid growing military tensions, the Finnish military has fired handheld underwater depth charges as a warning against a suspected submarine in waters near Helsinki.  ‘The most important thing is — and this is obvious to everyone — that the fundamental base of the Russian economy has strengthened and its stability is absolutely impossible to destroy’, an optimistic President Putin has told a conference in St. Petersburg.  Regional governors who attempt to control food prices have been castigated for overstepping their authority.

Verkhnechonskneftegaz, a subsidiary of state oil giant Rosneft, is suing two government agencies for more than $1.1 billion from the federal budget, relating to the Energy Ministry and the Federal Subsoil Resource Use Agency’s refusal to offer a tax rebate on oil exports.  Rosneft and Italian refiner Saras have cancelled plans for a trading joint venture, due to political reasons.  This Reuters blog examines how Russia’s state nuclear firm Rosatom has successfully spread its influence across the globe.  ‘I have nothing against twerk dancing, because I see it often among cheerleaders at basketball arenas’ says Kremlin chief of staff Sergei Ivanov, but when it comes to the recent dancing scandal, ‘that was done absolutely wrongly and unethically.’