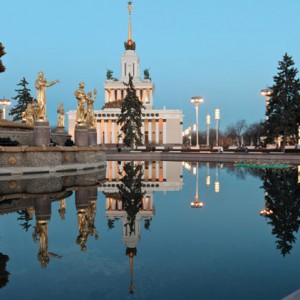 Although President Putin’s spokesman Dmitry Peskov has told reporters that ‘in general, given the level of credibility, popularity and electoral rating, the president can hardly see other politicians as a threat’, the authorities have been moved to issue an arrest warrant for Nikita Kulachenkov, an associate of opposition leader Alexei Navalny, for the ‘premeditated theft of an artwork’.  The BBC interviews another Navalny associate, Vladimir Ashurkov, who has been granted asylum in the UK following a harassment campaign inside Russia.  Freedom House’s Freedom in the World index has found that Crimea is now one of the world’s ten worst-rated countries for press freedom and Russia has continued its 20-year decline in freedoms in 2014. The country has also been criticized for ‘more active and aggressive use of propaganda — often false or openly threatening — to warp the media environment and crowd out authentic journalism‘.  This article conveys just how strongly the West perceives this danger  Polish authorities have accused a Russian journalist working for a pro-Kremlin news agency of representing a threat to the country’s security.  Russia’s Internet watchdog said it blocked roughly 4,500 websites last year because of alleged extremist content.  A Duma deputy has asked the attorney general to investigate Apple for distributing ‘gay propaganda‘ to minors via a free download of U2’s new album, somewhat ironically called ‘Songs of Innocence’.  The Justice Ministry has moved to give the authorities more power to control religious organizations that receive funding from abroad, though the ministry has denied that the law is a religious version of the NGO ‘foreign agent’ legislation.

The world’s leading powers have announced that a protective cover over the ruins of the Chernobyl nuclear power plant will be completed by November 2017.  Architectural conservationists are worried about a new designation that could allow for construction work in a Stalinist complex of historical interest just outside of Moscow.

Russia’s leading oil and gas companies have expressed their concerns to President Putin about a proposed law that would increase use of domestic equipment to offset the effect of sanctions, which they feel would usher in greater state control of the industry.  Russia has lost contact with cargo spaceship ‘Progress 59,’ which is reportedly now crashing back to earth in the latest setback for the country’s troubled space programme.

PHOTO: VDNKh, formerly known as the All-Russian Exhibition Center, has enjoyed little investment since the collapse of communism, and in the 1990s its 70 pavilions were colonized by petty traders. (Andrei Gordeyev / Vedomosti)