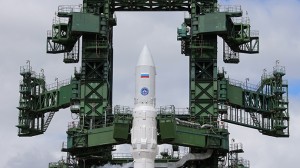 A Russian cameraman, Anatoly Klyan, who worked for state-owned Channel One, has died of a gun shot wound in Eastern Ukraine after while trying to film a protest by separatist-sympathizing women against the Ukrainian army.  At 22.00 tonight the extended ceasefire in eastern Ukraine, negotiated by E.U. leaders along with the Russian and Ukrainian President, will expire.  Despite the agreed pause in hostilities, fighting continued on the weekend between Ukrainian forces and pro-Russian separatists around the eastern city of Slovyansk.  Pro-Russian insurgents have released a second team of four OSCE observers who had been held captive since the end of May.  Foreign Minister Sergei Lavrov continues to level criticism at Washington, stating on television, ‘our American colleagues still prefer to push the Ukrainian leadership toward a confrontational path.’  Russian military advisers have assisted in preparing Iraq’s air force to use five used Sukhoi combat planes in its campaign to free areas of the country’s north that have been captured by the ISIS group.

Whilst the tally of four people who have been fined for violating the gay propaganda law during its first year in action may seem small, the law is a devastating tool of discrimination against gay people, says Human Rights Watch.  Singer Elton John has announced his plans to visit Russia where he hopes to be able to discuss the matter of gay rights with President Putin, admitting, ‘I don’t know what good it will do, but unless you build a bridge…’.  Sergei Filin, the artistic director of the Bolshoi Theater who was almost blinded in an acid attack last year, has been hospitalized in critical condition after just two days back in his job.

Bloomberg considers the ways in which Elvira Nabiullina has proved a surprising and steadfast central banker.  Russia has been forced to postpone the maiden launch of its new Angara space rocket, the nation’s first rocket designed in the post-Soviet era, as a result of technical difficulties.  Time Magazine warns a fuming Putin that ‘angry people don’t achieve much in space‘.