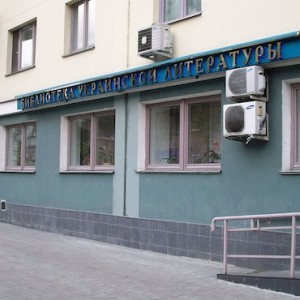 The U.S. State Department has reported that ‘collateral damage’ in Russian bombing raids in Syria may have seen civilians killed and a hospital struck, accusations which Moscow denies.  The Kremlin opposes circulating a draft United Nations resolution favoured by France, Britain and Spain on Syria’s use of barrel bombs on the basis that at this ‘delicate moment’ in the peace efforts, it may jeopardise negotiations.  A Levada poll has found that whilst Putin’s approval ratings may be soaring, society’s views on the interventions in Syria are far from uniform.  The Communist Party of Russia wants to make coming out as gay a punishable offence.  In keeping with a longstanding Kremlin tradition, President Putin has announced plans to create a new national youth organisation to educate the younger generation about the values of the state.  The Justice Ministry has apparently removed the Soldiers’ Mothers of St. Petersburg from its list of ‘foreign agents’.

The Moscow Library of Ukrainian Literature has been subjected to a raid in which books and documents were seized on the grounds they are of a ‘Russophobic nature’, and its director detained.  Russian aviation agency Rosaviatsia has asserted that Kiev has turned down a proposition to engage in talks on the resumption of flights between the two countries.  Following an order from an arbitration court in The Hague that commanded Russia to pay $50 billion in damages to former shareholders of defunct oil company Yukos, a stake in French broadcaster Euronews, owned by a Russian state media company, has apparently been frozen.  According to health minister Veronika Skvortsova, Russia will accord $600 million to spending on HIV care and prevention next year, double the amount it currently apportions to the disease.

Russia has once more obstructed attempts to create the world’s largest ocean sanctuary in Antarctica, making it the last country to do so after China approved a revised plan for the Marine Protected Area.  If the Russian public seem unperturbed by the prospect of climate change, it is because their view of it is limited to the scant attention the state-run media accord the issue, says Reuters.  According to Freedom House, Internet freedom in Russia has deteriorated this year, falling from ‘partly free’ in 2014 to ‘not free’ in 2015.

PHOTO: The Library of Ukrainian Literature in Moscow (UR3IRS / Wikicommons).