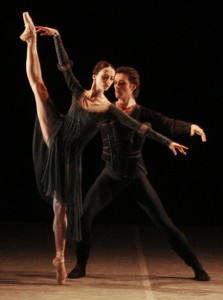 Internet providers will now face fines of up to $3,000 if they do not block Pussy Riot’s protest videos, after they were banned under extremism laws.  The ban came after a Moscow court rejected the appeal of one of the group’s members, Yekaterina Samutsevich, saying that she was not regarded as an interested party.  Samutsevich says that the ban (largely symbolic, due to access to foreign servers) amounts to censorship.  E.U. foreign policy chief Catherine Ashton has expressed concern over new moves for a nationwide ban on ‘homosexual propaganda’.  Russia’s ambassador to the United States has agreed to convey senators’ concerns about the recent ban on adoptions by American families, but warned that any action taken will be governed by Russian law.  Why don’t Russians adopt U.S. children?  A U.S. State Department spokesperson says the U.S. ‘regrets’ Russia’s decision to terminate a bilateral agreement on cooperation in law enforcement and narcotics control, mourning ‘very fruitful cooperation’ and calling the move ‘self-defeating’.  U.S. NGO International Republic Institute denies that it relocated staff from Russia over fear of persecution.

President Vladimir Putin warned Russia’s religious radicals that any attempts to intimidate clerics and followers of Islam will fail, urging that ‘multiethnic harmony should be consistently maintained’.  Cyprus says it has won Russian assurances that Moscow will help rescue its finances.  Bloomberg analyses the choices facing Vladimir Putin ahead of the impending change in central bank leadership.  Media experts say Russia deserves its 148th out of 179 position on the 2013 Press Freedom Index, published by Reporters Without Borders last week.  Nikita Belykh, the Governor of Kirov, is playing down his questioning by police this week over corrupt dealings at a state-owned distillery, saying that it is ‘a normal procedure’.  Business ombudsman Boris Titov says that lack of competition is causing small businesses to suffer.

Reports that Israeli jets attacked a military research centre in Syria have provoked Russia’s concern, with the Foreign Ministry condemning ‘unprovoked’ and ‘unacceptable’ attacks which ‘blatantly violate the U.N. Charter’.  Svetlana Lunkina, one of the Bolshoi Theatre’s top ballet dancers, says she has moved to Canada in response to threats pertaining to her professional work, as the theatre’s general director claimed that ‘evil’ has entered the company.