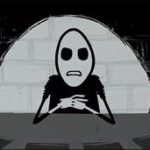 Today RFE/RL has an interview with Aleksei Plutser-Sarno, head media artist of radical art collective Voina, discussing their latest action in Prague.  Voina have gained notoriety for their politically-charged works, videos of which have been disseminated across the world via their blog and Youtube, so, as Plusetr-Sarno points out, “our action is seen throughout the world by tens of millions of people”. The fact that Voina’s antics (which have included assailing policewomen with kisses) do not necessarily involve language have also increased their international profile.

Meanwhile the BBC’s monitoring service, which selects and translates news from radio, television, press, news agencies and the internet from across the globe has a fascinating report on some of the lesser known activities of other dissidents, who are finding a conduit to the public via Youtube, an as-of-yet uncensored space in which the opposition can state their grievances.  The section from the report on satire identifies some of the new voices who are making digital waves:

YouTube is not only giving a powerful voice to the opposition, it is also helping to revive subversive art forms.TV political satire has been virtually extinct in Russia since the puppet show Kukly (along the lines of the now-defunct UK satirical programme Spitting Image) disappeared from the screens shortly after Mr Putin came to power.

Now, though, this kind of satire is making a comeback on the internet. Not all the satire is anti-government, but it is generally irreverent towards authority.

One of its brightest exponents on YouTube is Dmitry Ivanov, who uses the online nickname Kamikadze_d.

Ivanov’s fast-talking stand-up routines on the Russian political scene have been growing in popularity for several months now.

The first of them to break the one-million-view mark was a lampoon of a TV debate between leading politicians that was posted on 9 September.

Ivanov quickly repeated the feat with a routine called “Putin’s terrible secret”, in which he suggests that hidden clones of the prime minister are taking over Russia.

For those who like their satire a bit darker, there is Mr Freeman, a spooky black-and-white cartoon character whose nightmarish visions of the modern world have won him a cult following among Russian internet users.

On 11 October Mr Freeman abandoned satire and posted an open letter to President Medvedev, urging him to stop Mr Putin from becoming president again. By the end of the month it, too, had got over a million views.

The clip says Mr Putin’s first stint as president “plunged Russia into a medieval gloom” and that the only way to prevent a repeat of this is for Mr Medvedev to sack him from the post of prime minister.

Some of Mr Freeman’s marvelously creepy comments, with English subtitles, can be found on Youtube.