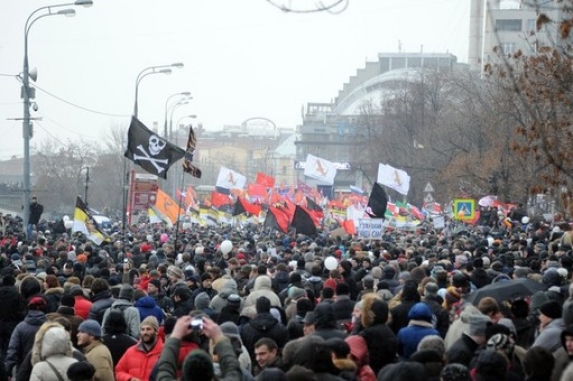 Saturday’s protests over rigged Duma elections were by far the biggest show of united civic action on behalf of the Russian people in more than a decade. But the question remains: what next?

A few weeks ago Russian television viewers were treated to a live broadcast of a visit to the Chebarkul training ground in the Chelyabinskii Region by none other than the Minister of Defence Anatoliy Serdyukov and President and Supreme Commander Dmitry Medvedev.  In addition to a simple photo op of the two men inspecting the troops, […]

Grigory Pasko: Business as a Battlefield 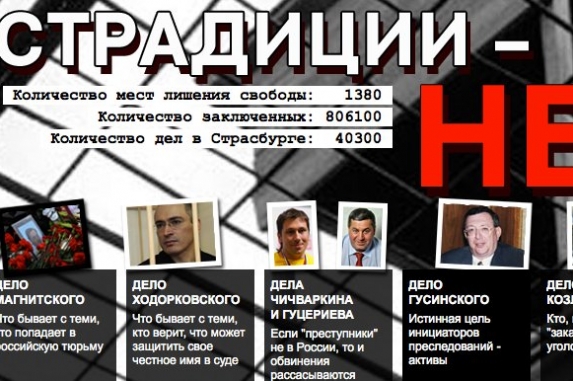 After reading a petition, my friend called me and said that the story of Vitaly Arkhangelsky, a businessman from St Petersburg, is of the same nature as the examples provided on the site. Please be reminded: the authors of the petition believe that « the Russian government abuses the mechanisms of international treaties concerning extradition and […]

Grigory Pasko: A Letter to the Warden of Segezha Grigory Pasko writes a letter to the prison warden of the Segezha prison colony, where Mikhail Khodorkovsky is being kept. Since arriving at the colony, Khodorkovsky has been given a number of “violations” designed to prevent the possibility of parole, including a penalty for offering another inmate a cigarette.

In Russia, there are the sharks who disguise themselves as politicians, officials, and police, and criminal sharks, who just let you see what they are. One has to prefer the latter. As such, in Russian society today there is not a force capable of changing the situation and returning the country to honest justice.

A group of Russian human rights defenders sign an appeal to the international community to apply pressure on Russia to protect, reinforce, and reform its flawed system of justice.

The seemingly endless nuclear crisis at Fukushima Dai-Ichi in Japan has raised a series of questions regarding both safety and environmental risk in the nuclear energy sector – questions that of course come back around to Russia and its role as an international provider of reactor technology.   Following a recent visit to Japan by officials […]

Today our President Dmitry Medvedev once again spoke out against the scourge of corruption and the lack of rule of law in the Russian Federation.  It was typical kind of speech we come to expect from him:  forthright, unobjectionable, but insincere only from the perspective that other elements of the system around him continue to […]

Out of all the regimes of the post-Soviet Republics, nobody seems to have made off with more money and power than Ramzan Kadyrov, the self-appointed czar of Chechnya. He’s feeling so happily secure that back in March he even bought himself the Brazilian national football team for a show. Если Вы хотите прочитать оригинал данной […]

Not too long ago, the lawyer Anatoly Kucherena, State Duma deputy Vladislav Tretiak (yes, the famous hockey goalie…), the animal trainers Askold and Edgard Zapashnoy, the television presenter Tina Kandelaki, the singer Nikolai Rastorguyev, as well as certain other public figures published a peculiar “open letter” supposedly in defense of the Russian judicial system against […]