Bastrykin as a Measurement of Russia’s Institutional Decay 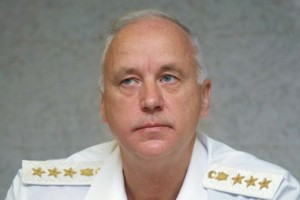 “You cannot try to be a trader and a warrior at the same time. It does not work.” – Viktor Cherkesov, Oct 2007

Out of the many competing narratives we are told about how Russia is ruled, there are two that repeatedly come to the surface to dominate popular understanding of today’s Kremlin.  The first narrative tells us that Vladimir Putin stepped into power, again and again, to rescue the country from the destruction of the market economy, providing the necessary stability to allow for massive economic growth, social and health improvements, and then receiving immense political popularity as his reward.  The other narrative conjures a lurid system based on KGB thuggery, overnight Duma millionaires, unimaginably excessive corruption, and a systematic breakdown of state institutions to the point of zero accountability to uphold the public interest.  Both narratives have elements of truth, and both weakened by some loaded assumptions and false choices.  We have been conditioned to assume that institutional destruction is a necessary sacrifice for economic growth and that authoritarianism is inseparable from influence, while on the other hand, a pervasive cynicism has taken root making reform from within the system meaningless.

With the stability narrative, supporters of the status quo power arrangement have found themselves with a surprisingly durable myth – the idea that Putin is in control of the country – despite repeated evidence to the contrary.  But one of the trends which comes into the public view from time to time to shatter these myths and assumptions are the so-called Clan Wars – an obsession of ours here on the blog in past years.  When elite disputes spill out into the public sphere, completely out of control and featuring actors totally unconstrained by any laws or much less unspoken rules, we are very quickly reminded of the high costs of Putinism, where the role of a supposedly ultimate arbiter is elevated above that of a court of law.  The demonstrated inability of Putin to control, contain, or settle such disputes lends credence to the idea that Putin is not in control of the elites, but rather the elites are in control of him, having found an incredibly useful figurehead to sit atop this government-like organization that facilitates the plunder of the country by secret pacts.

These alarm bells announcing the deepening instability in the power structure most recently rang out with the Alexander Bastrykin scandal, whereupon the Head of Russia’s Investigative Committee (and Sechin’s right hand man) decided to drag an editor of Novaya Gazeta out into the woods to threaten him for having written unflattering articles.  And who else should step forward to call foul than the beloved Viktor Cherkesov, a veritable shark of a chekist more closely aligned with the siloviki in the MVD.  Cherkesov is apparently disgusted by Bastrykin’s shameless bullying of a journalist, and points out that the system is more or less totally impotent in terms of administering any kind of penalty against him for this conduct.  Below is a translation of his recent interview with Rosbalt in which he unloads on Bastrykin as a sign of what’s gone wrong in Russia (again) – watch this space for more updates soon.

Cherkesov: What to expect from the generals who meet in the woods

The scandal prompted by the alleged intimidation of the Novaya Gazeta Deputy Editor Sergei Sokolov by the head of the Investigative Committee of Russia Alexander Bastrykin is not the first sign of the unhealthy politics among domestic law enforcement, first deputy head of the Duma Committee for Security and Anti-Corruption Viktor Cherkesov tells “Rosbalt”.

The management of Novaya Gazeta has officially stated that the head of the Investigative Committee Alexander Bastrykin brought the journalist Sergei Sokolov to a forest and threatened him with death. He did not like the Sokolov’s articles.

“In technical terms, this is a typical story, but it’s been modernized via the quality of the participants. Surely, as the story involved such people as a deputy editor and chief investigator of the country. Moreover, according to Sokolov, Bastrykin said that he would most likely open up a criminal case against him, “- Cherkesov said.

“When the implementers are the same as the pillars,” the deputy said, “there is no need to be surprised by the ordering of false criminal cases and unmotivated cruelty used for state coercion.”

“Generals give these orders. What else do you want from them if they organize visiting hours in the forest, like bandits?”

“Unfortunately, the State Duma does not have the parliamentary control functions; therefore, we have to wait for the Prosecutor General’s reaction”, – Victor Cherkesov said.

It is worth mentioning that Dmitry Muratov , the editor in chief of “Novaya Gazeta”, wrote an open letter to the chairman of the Russian Federation Investigative Committee Alexander Bastrykin, in which he accused the country’s chief investigator in exerting pressure on his deputy chief editor Sergei Sokolov. In the letter (the text is available on the “Novaya Gazeta” website) Muratov wrote that Bastrykin was dissatisfied with the Sokolov’s article about a fine imposed on one of the defendants in the case of the Kushchevskaya village massacre, Sergei Tsepovyaz, and the journalist’s discussions of how the siloviki work.  As a result, last Monday, Bastrykin invited Sokolov to a meeting in Nalchik and demanded an apology.

According to Muratov, Sokolov apologized to Bastrykin for “emotionally over doing it,” but asked several questions about the nature of the case investigation in the Kushchevskaya village. According to the “Novaya Gazeta” chief editor,  Bastrykin did not accept the apology and asked to leave the room. Muratov writes in his letter that after returning to Moscow, Bastrykin’s guards took Sokolov to the forest outside Moscow, where the head of the Investigative Committee was left alone with a journalist and threatened his life.