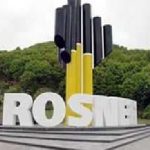 Exxonmobil’s deal with Rosneft may spell a lucrative one-up on BP, but an excursion into Russia’s icy energy field is, as the US giant knows, not for the faint-hearted.  If the deal prompted tough man Putin to use the word ‘scary’, Exxon Mobil might need to stiffen their sinews.  Isabel Gorst from the FT fills us in some of the possible and numerous pitfalls:

Analysts warn that cultural differences will challenge the Exxon-Rosneft alliance and could prevent US deals from going ahead altogether. Rosneft may struggle to accept that oil reserves in the US, although smaller than in Russia, have a higher value because investment conditions are more stable and profit margins fatter, says Ed Chow senior fellow at the Center for International and Strategic Studies. “I don’t think this is a done deal by any stretch of the imagination.”
Exxon is renowned for its caution and may go slow on negotiations with Rosneft in the US until the first, critical, Arctic well is drilled in 2015 providing a better picture of the area’s oil potential.
But the risk of the slow pedalling strategy is that Rosneft gets disillusioned and starts squeezing the US major for failing to deliver on the US deal.Exxon could then slow down investment in the Arctic as it did at the Sakhalin 1 project after a dispute with Russia over gas export terms. Alternatively, the US major could walk away.  Three billion dollars would be a lot of money to lose, but not enough to hurt the world’s biggest oil company.
Rosneft expects to identify joint US projects with Exxon by the end of this year and finalise the first deals in 2012.
However, Chow warns that talks will only serve to highlight cultural differences between the two companies. State companies are accustomed to enormous advantages in their home countries and very few have succeeded in internationalizing.
While Rosneft’s priority is to serve the interests of the state and its managers, Exxon prides itself on delivering value to shareholders, says Chow.
“At Exxon there is the Exxon way and there is the wrong way. Exxon is not going to change its corporate culture to work in Russia.”
Share