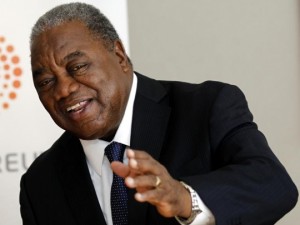 The following press release was issued via wire today:

JOHANNESBURG, 22 March 2012 – Following the de-registration of the country’s largest opposition party, the Movement for Multi-party Democracy (MMD), the former president of Zambia, Rupiah Banda and his son Henry Banda have appointed an international legal team to represent them.

Robert Amsterdam of Amsterdam & Peroff commented: “There are issues of serious concern currently occurring in the Zambian political context that have been framed as legal charges. When political competition is replaced by false accusations and innuendo it impacts not only Zambia, but the world. We intend to explore every legal instrument available to assist our clients in asserting their rights under international and Zambian law.”

Amsterdam & Peroff LLP is well known for its work on behalf of the United Front for Democracy Against Dictatorship (UDD), a pro-democracy movement in Thailand consisting of 15 million members, the former Minister of Abuja, Nigeria Nasir El-Rufai, as well as the defense of Georges Tadonki before the United Nations Dispute Tribunal in Kenya. Nicqui Galaktiou has represented high profile South African politicians, local and international companies and businessmen with global interests. Her strengths lie in dealing with matters within the political arena, the media and litigious environments.

Former President Rupiah Banda recently accepted a visiting scholar position at the University of Boston, USA, after a narrow loss in the 2011 presidential elections in Zambia. For more information, please contact Richard@byfieldconsultancy.com.