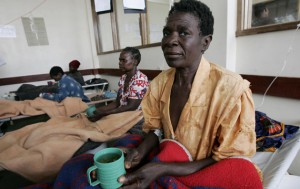 The Atlantic is running a must-read article today on the case of my pro-bono client Georges Tadonki and our recent victory before the UN Dispute Tribunal.  Below is a short excerpt:

Tadonki brought a wrongful termination claim against the UN after the organization effectively fired him in early 2009. The UN’s bulletproof legal immunity necessitates an unusual system for adjudicating such cases. Because the UN cannot be sued, tribunals convened by the UN itself deal with employment claims, pseudo-courts that don’t adhere to several important aspects of accepted U.S. and European legal procedure.

So it’s significant the tribunal’s 104-page ruling in this case is such a damning survey of misplaced priorities and institutional rot.

The UN-appointed judges found that Tadonki’s firing was the result of concentric layers of favoritism and bad faith, tendencies that defined not only the country head’s relationship with Mugabe’s government, but Turtle Bay’s apparently-backward view of the UN’s entire mission in Zimbabwe. This case involves more than just a single UN bureaucrat enjoying a disturbingly close relationship with one of the most oppressive governments on earth. The UN system also actively abetted a toxic organizational status quo in Zimbabwe, even when it meant running the career of an employee who the tribunal found to be a talented humanitarian professional and a courageous whistleblower — and even if it meant putting thousands of Zimbabweans’ lives in danger. (…)

Tadonki didn’t stay silent — he “had the courage to inform the OCHA Headquarters in New York that Zimbabwe was on the brink of a humanitarian crisis while RC/HC Zacarias was pretending to the contrary.” Zacarias had undermined Tadonki at other points during the OCHA head’s brief yet eventful stint in Zimbabwe, most notably by convincing the Zimbabwean government not to approve residency accreditation for Tadonki’s wife and children, who were living in South Africa during his period of employment (covered in paragraph 163 of the ruling). But Tadonki paid an additional and even deeper price for his willingness to warn Turtle Bay about Zimbabwe’s humanitarian plight — he was fired in January of 2009, after he had warned of the potential ravages of the looming cholera outbreak, which was worsened by the electoral chaos and eventually killed over 4,000 people.

None of this would have been possible without the cooperation of Turtle Bay, which seemed to care more about protecting its man in Harare than it did about the UN’s vital mission in a country badly in need of the organization’s assistance. Tadonki was investigated by a UN bureaucrat at Zacarias’s behest, even when there was no proof of professional malfeasance. One of the decision’s more significant subplots was the active role that assistant UN secretary General Catherine Bragg, who is still a high-ranking official with OCHA, played in Tadonki’s dismissal — indeed, it was Bragg herself who informed Tadonki that his contract wouldn’t be renewed. Amsterdam believes that the UN was intent on protecting Zacarias at all costs. “Part of the reason nobody could take on Zacaraias was that his role was unassailable,” explains Amsterdam. UN headquarters was convinced that in terms of their Zimbabwe operations, “Zacarias was the absolutely critical pivot, and everything could be sacrificed to him.”

Read the full version of the article here.