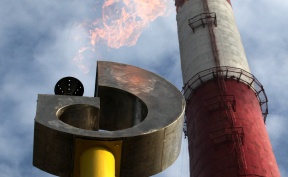 Russian gas monopoly Gazprom has had a rather hard time of it recently, with a series of raids on their European offices.  The company cannot have been too happy with Turkey’s decision, announced on Monday, that it would not be renewing a 25-year contract with the gas behemoth.  Although it was reported today that Putin brushed off fears of European demand dwindling with bravado-tinged talk of eastern horizons, Russia Profile considers to what extent Ankara’s decision is confirmation that the European tide is turning against Russian gas:

“Ankara apparently feels that it holds some negotiating leeway, despite Russia’s overwhelming dominance in the Turkish market,” wrote Eurasia Daily Monitor analyst Vladimir Socor. “This leeway might prove effective in the short term. Turkey is potentially oversupplied with gas under multiple contracts that, in the aggregate, exceed Turkey’s current demand. This explains Yildiz’s confidence that Turkey would not experience a gas deficit in the event of a halt in Russian supplies through the Western pipeline. The Turkish economy and consumers would not be affected in that event.”

Moreover, the expiration of the contract may not actually stop those six billion cubic meters of gas from flowing to Turkey at all. Yildiz stated that private Turkish companies may take the place of BOTAS if they wish to negotiate contracts with Gazprom, and Gazprom officials announced today that they would be willing to work with private Turkish companies as well to ensure a continued flow of gas. The attempts to downplay the possible effects of the contract’s expiration have been a consistent strategy by Yildiz and the Turkish side, yet Russia had long seen a political edge to Turkey’s demands for a 20 percent reduction in price. To wit, Russia responded to an earlier ultimatum by Yildiz by announcing that it was negotiating with BOTAS, and not with the Turkish government.

With the political winds shifting against Gazprom, it’s easy to understand the company’s touchy statement. The Turkish government’s decision to divest itself of involvement in the contract points to a growing set of criticism against Gazprom’s foreign dominance in the European gas market. Last week, the European Commission carried out anti-monopoly raids in over ten countries against a number of companies related to Gazprom, in what many experts saw as a public warning to Gazprom. BOTAS also joined a number of European companies clamoring for reduced pricing by Gazprom, despite the fact that Turkey’s price for natural gas is almost $100 less per thousand cubic meters than Europe’s.

With Gazprom on the defensive, analysts saw Turkey attempting to play its advantage in the BOTAS-Gazprom negotiations. “This is a successful play on Gazprom’s problems,” said the head of investment analysis at Univer, Dmitry Aleksandrov, reported Polit.ru. “There’s no need in Turkey’s strategic plan for these Russian deliveries [of gas]. Moreover there are real possibilities to receive either a valued discount, or to earn the right to re-export Russian gas.”