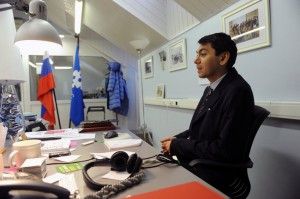 Last Sunday at his United Russia congress speech, Putin made a pointed reference to sinister-sounding foreign-funded grant recipients attempting to beguile some potential Judases (his choice of analogy) who should really be voting for the ruling party.  It has become clear that this was a thinly-veiled reference to Golos, a well-respected independent election watchdog funded by European and US agencies.  The NGO has faced a systematic campaign of intensive harassment, as its director Liliya Shibanova made clear at a news conference on Tuesday.  The particular thorn in the Kremlin’s side is that the agency has created one of the most innovative and effective ways of tracking electoral violations in Russia, using an interactive map, which attracted 4,500 postings.

A Moscow court ruled earlier today that Golos was guilty of violating a law that forbids news outlets from publishing polling data during the five days before an election.  It will pay a fine of $1,000.  Some might ask, if the violation of the right to criticize the Kremlin could be any more blatant.