If You Can’t Beat Them, Copy Them 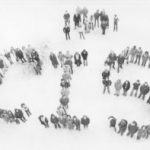 Yesterday, Russian Federation Council First Deputy Chairman Alexander Torshin came up with an idea doubtless impelled by Putin’s headline-grabbing Eurasian Union drive.   The CIS nations, he suggests, could create their own human rights court, on the basis of a statute of a human rights commission created in September 1993.  The court, which he insists would not be an alternative to the ECHR, would reduce red tape for Russian speakers, and help to relieve the ECHR of its massive caseload.  One might be tempted to point out that one of the reasons why Strasbourg has such a great workload is the number of cases that come from Russia, and that those appealing in the ECHR are doing so precisely because their claims have failed to be heard within a system which gave birth to the term legal nihilism, which is internationally recognized as riddled with vested interest, prejudice and political motivations.  It is hard to imagine that if the CIS was to establish its own court of appeals, this would be any less apparent.  The Kremlin has made no secret of the fact that the work undertaken by the European Court of Human Rights has, in the past, gone against its interests.  Perhaps the CIS alternative would be more pliant?