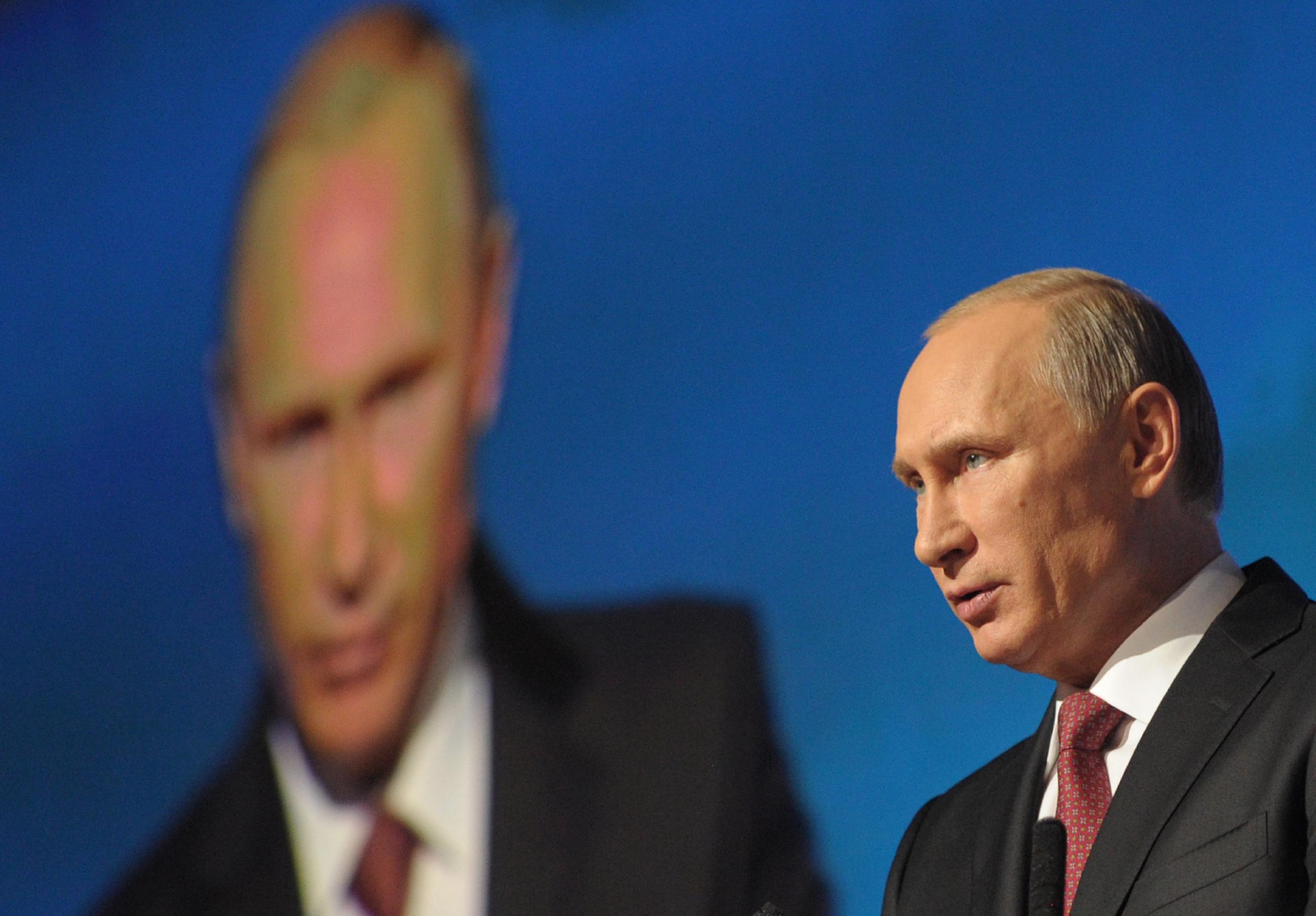 Speaking in Washington, former Yukos head Mikhail Khodorkovsky vowed to lead a political movement against President Vladimir Putin by re-establishing his Open Russia foundation. ‘It’s not just Putin that needs to be replaced. The entire system needs to be changed.’ The President spoke at the VTB Russia Calling investment conference yesterday (click for a brief video excerpt), where he made a number of comments about the current financial situation and forecast aimed at appeasing investors.  He said that Russia would remain an open market economy in spite of ‘stupid’ Western sanctions; that the plan to privatise the country’s key energy companies, including 20% of Rosneft, will go ahead, though he gave no time-frame for this; and generally assured investors that sanctions will not hamper economic development, despite ongoing arguments and mounting evidence to the contrary. The Economist for example paints a very bleak picture of the current situation, arguing that sanctions are ‘dramatically accelerat[ing]’ the worst-case scenario, and that, according to Alexei Kudrin, Russia will be ‘balancing on the edge of recession all the time’ over the next few years.  Putin’s claim that Russia needs to make a ‘true industrial breakthrough’ in the coming years reflects a real and urgent need, but this rhetoric is rather late; Putin’s failure to implement a new growth model in 2012 may have been due to the ‘troublesome political implications’ of shifting away from oil and gas revenue.  Russia’s oil output hit a new post-Soviet record last month thanks to foreign-led projects, but oil prices are at their lowest since June 2012.

The RTS dollar-traded stock index saw its worst performance since March this month; inflation this year will be 8%, exceeding Central Bank forecasts; and Finance Minister Anton Siluanov has not ruled out using resources from the Reserve Fund in 2015.  The shortage of state funds is leading economists to call for the effective use of what funds currently are available, with Sberbank head German Gref saying that inefficient management in the Kremlin is wasting trillions.  Russian officials are continuing their verbal assault against Western sanctions; the Minister of Communications reiterating the stance that they are not legal.  The head of Mechel is optimistic about the company’s future, but it will need to sell assets in order to survive.  China is waiting in Russia’s wings to seize business opportunities lost in Europe.

RFE/RL discusses the practicalities of whether or not Russia could really sever itself from the global internet.  Romanian law enforcement officers raided Lukoil’s offices as part of their investigation into money laundering and tax evasion at the company worth almost $300 million.  Britain’s Tory Party are seeking to unravel the rule of human rights law across Europe with their plans to ignore future rulings by the European Court of Human Rights, opponents say, and are are liable to set a bad example for Russia, which is already ‘chafing against the enforcement of ECHR decisions’.