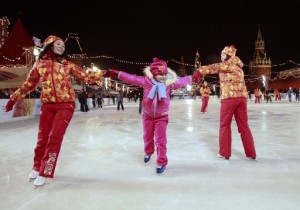 The European Court of Human Rights is seeking information from Russia and Ukraine regarding its criminal case against opposition activist Leonid Razvozzhayev.  The Investigative Committee says it has new evidence in the case against opposition leader Sergei Udaltsov, claiming that Udaltsov was conspiring with ‘foreign citizens’ to organise mass riots.  Russia has warned that a new U.S. vote on the Coryn amendment, which would bar the Pentagon from sealing any arms deals with state-run Rosoboronexport, is ‘the result of ill-thought and fundamentally harmful mood’ and could harm diplomatic relations.  William Browder claims that U.K. police were slow to believe that Russian mafia may have been involved in the untimely death of whistleblower Alexander Perepilichnyy, and that the sophisticated autopsy currently underway was the result of his urging; the case is still unsolved, as toxicology tests by the Major Crimes Unit could take ‘several months’.  In this Moscow Times special report, Sergei Magnitsky is described by his friends as a ‘patriot’ and ‘a very Russian man’.  Lawmakers are reviewing a draft law that would introduce prison terms for religious offences, apparently in response to concerns from Vladimir Putin; critics more broadly have warned that the law must not be vaguely worded.

Vladimir Putin is in Turkey today for a trade-focused trip, although it is anticipated that Putin and Turkish Prime Minister Erdogan will likely lock horns over Syria.  The New York Stock Exchange hopes that its new relaxed rules will draw Russian companies to choose it over its London rival for their initial public offerings.  Russia’s crude oil output was at a post-Soviet high in November, climbing up from the previous month’s levels.  ‘[T]he fact that oil prices seem to be persistently stuck above the $100 per barrel mark suggests that the broad contours of Russia’s economic and political systems are going to endure for at least another decade,’ says Forbes.

Heavy snowfall west of Moscow left drivers stuck for over two days in a traffic jam outside of the city this weekend. ‘Drivers help one another and that’s it, the problems are on the side of the authorities. There are no fuel tankers, no water, nothing, we are just stuck here.’  A letter in which Napoleon Bonaparte promises to ‘blow up the Kremlin’ sold for ten times its price at a Paris auction.