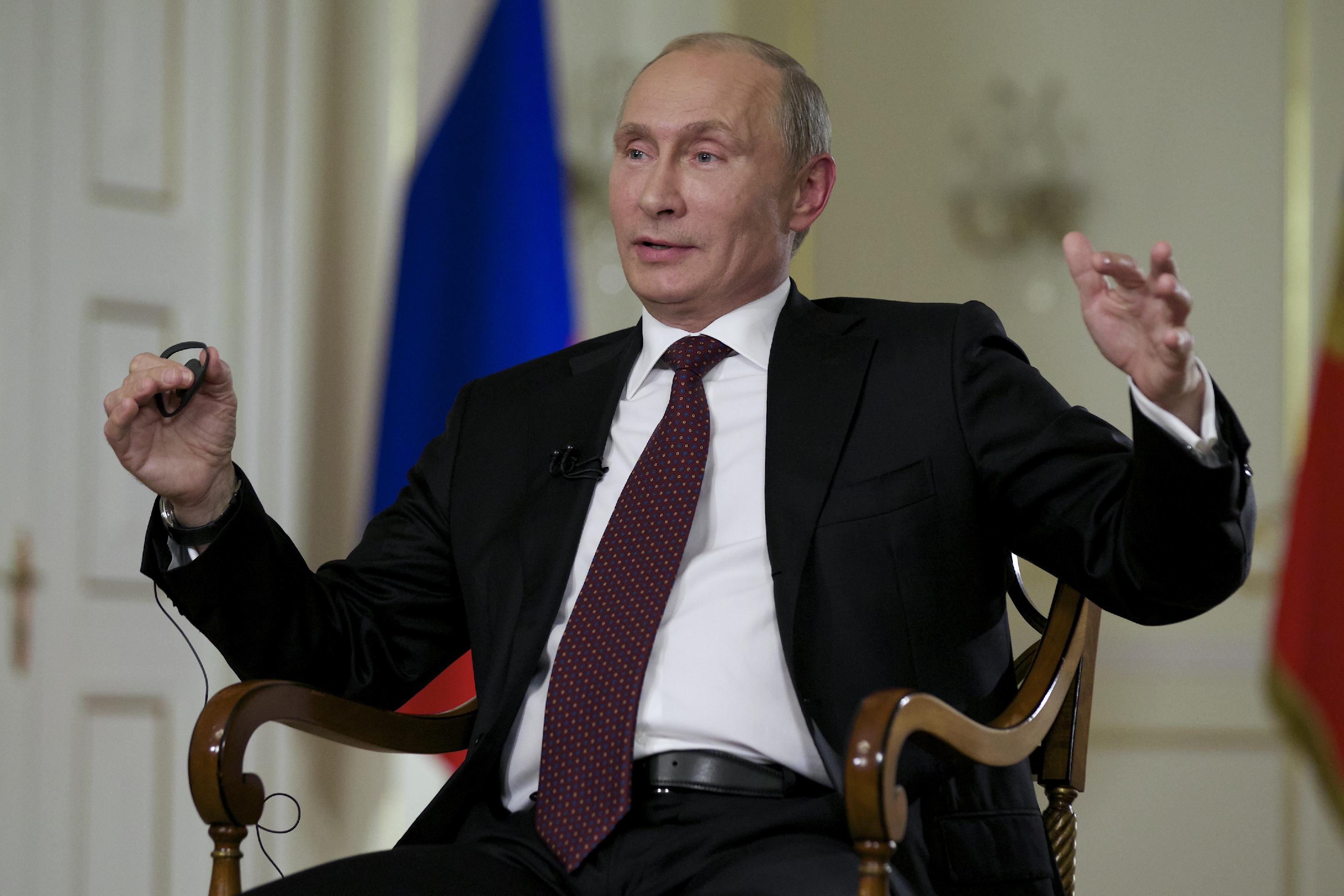 As Barack Obama gears up to meet Russian gay activists on the sidelines of the G20 summit in St. Petersburg, the founder of the Eurasia Group proclaims that U.S.-Russia relations ‘could not be worse right now’.  However, speaking to AP news this morning, President Vladimir Putin played down reports of tensions, saying he hoped that he would be able to speak to his U.S. counterpart in St. Petersburg, and insisting that ‘global mutual interests form a good basis for finding a joint solution to our problem’.  He also indicated that Russia ‘doesn’t exclude’ supporting a U.N. resolution on an anti-Syria strike, if sufficient evidence of a chemical attack can be produced. Although, as Bloomberg points out, a strike on Syria would likely see Russia lose ‘one of its few remaining allies and major customers in the Middle East.’  Defense Minister Sergei Shoigu says Russia’s tracking system detected the launch of two ballistic rockets in the Mediterranean, causing European stocks to slump and gold to rise (Israel, France, Britain and the U.S. said they had no knowledge of any missile launch).  Russia itself is planning to spend $650 billion rearming and modernising its military over the next 7 years.

Never mind the U.S., says the FT, it’s Russia’s relations with Ukraine and Belarus that are the real cause for worry.  A Kremlin aide says that any agreement between Ukraine and the E.U. would violate a 1997 trade treaty with Russia, leaving the latter within its rights to stop fulfilling its free trade obligations; but Ukrainian President Viktor Yanukovich is urging his parliament to press ahead with its plans.  British former Business Secretary Peter Mandelson has given a glowing account of Russia’s economy under Putin (Mandelson’s friendship with Oleg Deripaska may explain the peculiar accolade).  Both of Moscow’s leading mayoral candidates, Sergei Sobyanin and Alexei Navalny, have denied accusations of illegal campaigning.  At his public canvassing meeting with entrepreneurs (which he praised as groundbreaking in his country), Navalny publicly backed economic amnesty and a windfall tax on some privatised assets.

An aviation labour union has challenged Aeroflot to pay its workers additional payments that they are owed, and criticised unsafe working conditions.  Is Russia’s economy one of ‘social enterprise’, or is it ‘more like a kind of feudalism’?  St. Petersburg police briefly detained the director of a local art gallery that exhibited a painting of Vladimir Putin dressed in lingerie.  The New York Times reports on Moscow Shield, a youth group targeting illegal migrant workers.