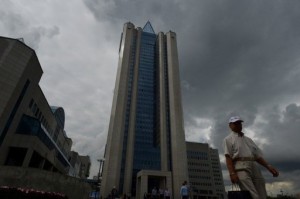 The European Commission has opened an investigation into Gazprom, suspecting it of abusing its dominant market position.  The investigation is the result of years of suspicion over the company’s possible breaching of competition rules in Eastern and Central Europe, and of impeding energy diversification in the EU.  Unfair prices may have been imposed by the company’s linking of natural gas and oil prices.  Gazprom is planning to lobby the Russian government to expand gas tax breaks to boost output, arguing that many projects will become ‘barely profitable’ if extraction taxes increase.  Britain has denied reports that it has implemented visa sanctions under a ‘Magnitsky List’.  Second-largest Russian mobile phone operator MegaFon, controlled by Alisher Usmanov, is seeking a London listing of 20% of its shares, estimated at £2.5 billion ($4bn). If it is successful, the IPO would be the world’s largest since Facebook.  ‘MegaFon’s IPO is likely to be one of the few positive Russian stories due to the combination of healthy business growth and good corporate governance,’ said a London analyst.

Russia’s agriculture industry needs more investment if it is to grow amidst droughts that are sharply cutting harvests, analysts say. ‘World demand for grain is growing, and exports from Russia will rise on the back of it. Now is the right time to invest in this business.’  President Vladimir Putin has appointed Dmitry Rogozin to the board of Rosatom, and is pushing measures that would increase the maximum age for Duma officials from 65 to 70.  Is this a bid to demonstrate ‘an emphasis on stability’?

RFE/RL interviews Khimki mayor candidate Yevgenia Chirikova on her vision of Russia’s political future. ‘I don’t want gulags, I don’t want a revolution, I don’t want bloody coups.  I have children, I just want them to have a normal, dignified life.’

PHOTO: People walk outside the headquarters of Russia’s gas giant Gazprom in Moscow. The European Commission said on Tuesday it had launched an anti-trust case against Gazprom. (AFP Photo/Natalia Kolesnikova)