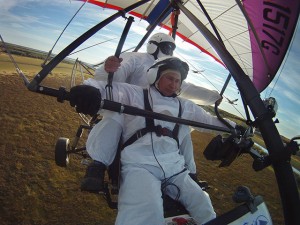 Gazprom will refund over $2.4 billion to its European buyers to compensate for previous high prices, and says that it will not reduce supply quotas in retaliation for the European Commission competition investigation into its gas sales.  Russia’s E.U. Ambassador commented, ‘We always favor negotiated solutions because nobody wants a gas war.’  Speaking at today’s APEC summit in Vladivostok, First Deputy Prime Minister Igor Shuvalov said that Russia is aiming for bilateral trade in the Asia-Pacific Region to exceed that of Europe within five to ten years.  This article looks at the political dimensions to Putin’s renewed focus on the Far East.

The lawyer defending Pussy Riot has been summoned for questioning in an unrelated case, leading him to claim that police are ‘attempt[ing] to pressure us‘.  In yesterday’s interview, President Vladimir Putin said he has tried to stay ‘as far away from the case as possible,’ but described Pussy Riot’s church performance as ‘a witches’ sabbath’.  Putin also said that he would be willing to work with U.S. presidential hopeful Mitt Romney, ‘but our effort will be only as efficient as our partners will want it to be’.  He said that, with Romney as President, the U.S. would ‘definitely’ direct its missile shield against Russia.  The Foreign Ministry has warned Israel and the U.S. against attacking Iran, defending its nuclear programme as peaceful.

The head of ExxonMobil has praised the company’s partnership with Rosneft as a global model ‘illuminating the path to a better future’.  Rosneft chairman Igor Sechin has explained that the company has cooled off its talks to acquire BP’s stake in TNK-BP due to rules in the shareholder agreement, saying that ‘corporate agreements do not allow third parties to stick their noses into’ such matters, and that these currently constitute a ‘limitation’.  A Moscow court has ordered Aeroflot to reinstate and compensate a pilot and union leader who helped other pilots claim unpaid overtime.  Russia’s Direct Investment Fund has overseen a deal whereby a joint fund with China will invest $200 million in a Russian forestry company.