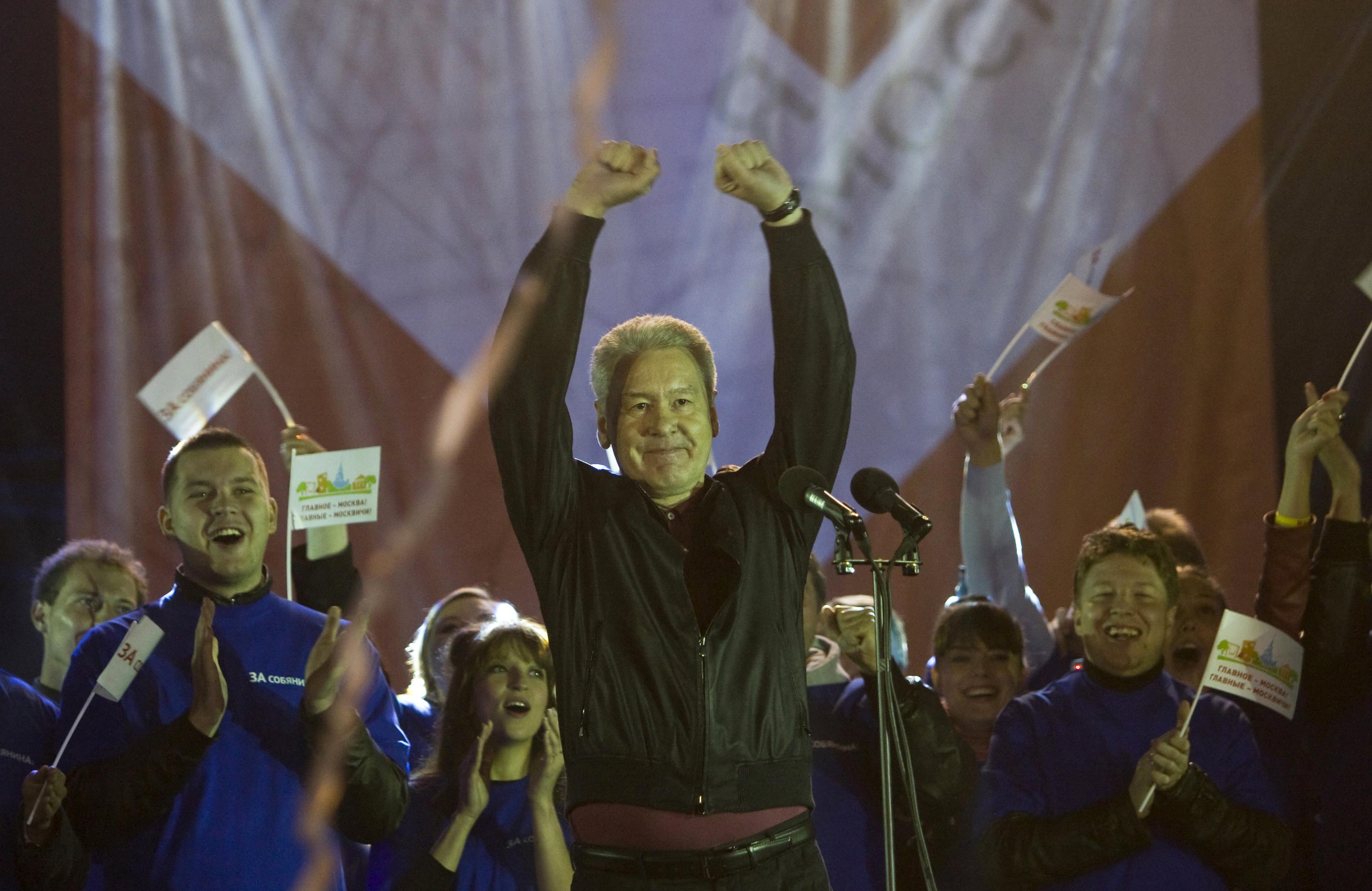 Moscow’s mayoral elections were held yesterday, with 3,300 polling stations recording an 18% turnout.  As of this morning in Russia, with roughly 98% of votes counted, Moscow’s acting Mayor Sergei Sobyanin had received just over 51% of the vote – but without the clear margin required for him to win, at least, according to the Moscow Times.  Alexei Navalny, the anti-Kremlin opposition candidate, was in second place with roughly 27% of the vote (higher than predicted).  ‘[I]n the end we will win anyway,’ said Sobyanin (he was right), adding praise for the ‘most open elections in Moscow history’, and stating assuredly that ‘there will be no second round’ of voting.  A second round was apparently on the cards to begin with because Navalny’s election campaign recorded much higher results at its exit polls, estimating that Sobyanin won 46% of the vote, and Navalny 36%, prompting the latter to anticipate a second round.  Despite Navalny’s statement following the vote count, which said that he and his supporters ‘consider the official election results to be deliberately falsified’, the result is widely seen as a success for Navalny, because he garnered so much more of the vote than he was expected to.  Observers registered few violations, marking a contrast from previous years’ results.  The Moscow Times spoke to a number of voters as they left polling stations.  Navalny’s supporters say they have been granted authorisation to hold a rally in downtown Moscow later today.  The opposition candidate in Yekaterinburg, Yevgeny Roizman, won a surprise victory in his local mayoral elections, amid accusations of fraud.

President Vladimir Putin spoke out in support of Syria at the end of the G20 meeting this weekend, saying that Russia would maintain its current levels of aid (namely weapons and financial backing) in the event of Western military intervention.  But Russian forces will not intervene, explains Al Jazeera.  ‘No breakthrough in U.S.-Russia ties was expected at the Group of 20 meeting, and none occurred.’  Olympics athletes are to be warned against breaking Russian law by demonstrating in favour of gay rights at next year’s Winter Games in Sochi, as sponsors are reportedly starting to get jitters.  Activists in dozens of cities held a ‘global kiss-in’ yesterday outside Russian embassies in support of gay rights.  Vodka brand Stolichnaya is still trying to clear its name.