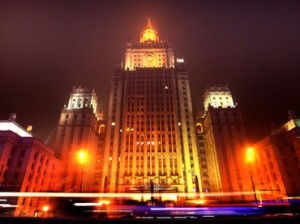 On the approval of a new request by prosecutors, Left Front opposition leader Sergei Udaltsov will be placed under house arrest until at least April 6, on suspicion of plotting mass disorder.  A court in the Perm Province has upheld two of four prison reprimands against Pussy Riot member Maria Alyokhina, which could prejudice any chances for an early release.  Nine coalminers are reportedly trapped under rubble after a methane explosion at a Severstal pit in the Komi region.  On the weekend, six people were killed in a gas explosion and subsequent fire at a construction site in the same province.  In St Petersburg, a police investigation into ‘terrorist activities’ has resulted in the detention of 271 people, predominantly migrants from the North Caucasus and central Asia. Ex-military intelligence Сolonel Vladimir Kvachkov, once suspected of involvement in an assassination plot against Rusnano chief Anatoly Chubais, has been sentenced to 13 years in prison on charges of preparing a coup.

In a television interview, Foreign Minister Sergei Lavrov has slammed the Magnitsky Act as a ‘demonstrative’ move ‘plotted’ by Washington to assert power over Russia.  President Putin has marked the Day of Diplomatic Service with a telegram to the Foreign Ministry’s staff stating that ‘the authority and influence’ of Russia continues to grow.  Putin has made Russia the world’s biggest gold buyer, adding 570 metric tons to the state coffers in the past ten years.  The Washington Post considers whether he can add the Midas touch to the preparations for the Sochi Olympics.  Brian Whitmore’s weekly podcast tackles the incipient mob war.

Following a meeting in Moscow, Kazakh President Nursultan Nazarbayev and Vladimir Putin have apparently resolved their differences over the use of the Baikonur Cosmodrome, the launch centre for Russian space missions which has some Kazakh officials worried about environmental damage.  Aeroflot has given a damning appraisal of Sukhoi’s trouble-hit SuperJet 100.  European consumers have reason to hope for major cuts in gas prices from energy monolith Gazprom.