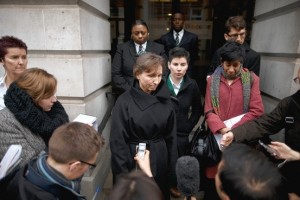 ‘One must look facts in the face’: Mikhail Bogdanov, Russia’s deputy foreign minister, has acknowledged for the first time that the Assad regime in Syria, which it has firmly backed, may be set for defeat.  The admission has been welcomed by the U.S..  Kyrgyzstan’s parliament has ratified an agreement for a Russian military base to remain on the state’s territory for another 15 years.  Vladimir Putin has suggested that an ‘adequate and not excessive’ response be made to Washington’s Magnitsky bill.  A new study by the European Bank for Reconstruction and Development shows that Russia’s attempts to reduce its dependence on natural resources have yet to yield results.  Differences between Putin and Medvedev over economic policies are increasingly evident, says this article, whilst Brian Whitmore analyses the rift as part of the political fracturing of the elite.  Oil monolith Rosneft is negotiating with other oil majors in an attempt to raise up to $10 billion, using future oil exports as collateral, for its acquisition of TNK-BP.

Pundits are hoping that a summit next week attended by Putin will help to solve an intensifying trade row between the EU and Russia.  The British coroner overseeing the Alexander Litvinenko case has stated clearly that the evidence ‘does establish a prima facie case as to the culpability of the Russian state in the death of Alexander Litvinenko’.  The ex-KGB spy was believed to be working for MI6 at the time of his poisoning.

Moscow City Prosecutor’s Office has warned against it, but will protestors come out anyway and hold an unsanctioned rally on December 15?  Wanted for alleged plotting of violent anti-Kremlin protests, Georgian prosecutor’s representatives say that parliament deputy Givi Targamadze will not be extradited to Russia. ‘Tonight, this is my house, Russia. You can be gay in my house’: Lady Gaga refuses to back down on gay rights at her Moscow concert.  The Washington Post reports on the progress of Yaroslavl Mayor Yevgeny Urlashov since winning a landslide victory as an independent candidate back in April.