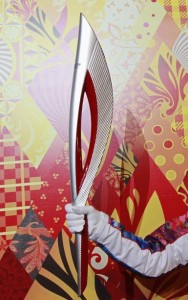 Organisers of the weekend’s march against the ban on U.S. adoptions of Russian children, which drew thousands, have expressed anger over state television coverage of the event, which accused protesters of betraying their homeland.  Deputy Prime Minister Olga Golodets stated that Russia is an ‘adoptee’s market’, with over 128,000 children waiting for adoption and only 18,000 families ready to take them.  Golodets is one of the ministers demonstrating what this report calls governors’ ‘increasing willingness’ to publicly challenge the Kremlin on high-profile issues.  A Duma committee discussing an online petition that opposes the ‘Anti-Magnitsky Law’ (which includes the adoption ban) has delayed any potential action until at least April.  The latest opposition to the ban comes in the form Natasha Pisarenko, a blind teenager from Rostov, who appealed to Vladimir Putin on her blog, saying that handicapped orphans will take the brunt of the ban, having no hope of escaping Russia’s ‘corrupt and antiquated medical system’.  Russia is bringing back health screening, one of the many legislative changes that will affect its citizens in 2013. The case of the Wallens, who have been trying to adopt their prospective Russian son for over a year, highlights the ban’s effects on adoptions already in process.

The former top representative at the European Bank for Reconstruction and Development, Elena Kotova, has been charged with fraud for seeking a $1.4 million bribe during her employment there.  Environmental activist Alexander Tolstov was beaten and hospitalized in Moscow in an attack that his supporters say was connected with a crackdown on their efforts to protect local woodlands.  The region of Ryazan is reportedly on the verge of bankruptcy.  The Central Bank estimates net capital outflow for 2012 at $56.8 billion.  The Health Ministry estimates that it could take up to a month for many Russians to recover from the excesses of the New Year’s holiday.

Ukrainian President Viktor Yanukovich is ‘flirting’ with the notion of joining a Russian-led customs union, but only as ‘part of an effort to persuade the west to ignore Ukraine’s regression on democracy’, says the FT. Foreign Minister Sergei Lavrov met his Ukrainian counterpart over the weekend to discuss fostering strategic ties.

PHOTO: The Olympic torch for the Sochi 2014 Winter Olympics is seen during a presentation ceremony in Moscow January 14, 2013. REUTERS/Maxim Shemetov