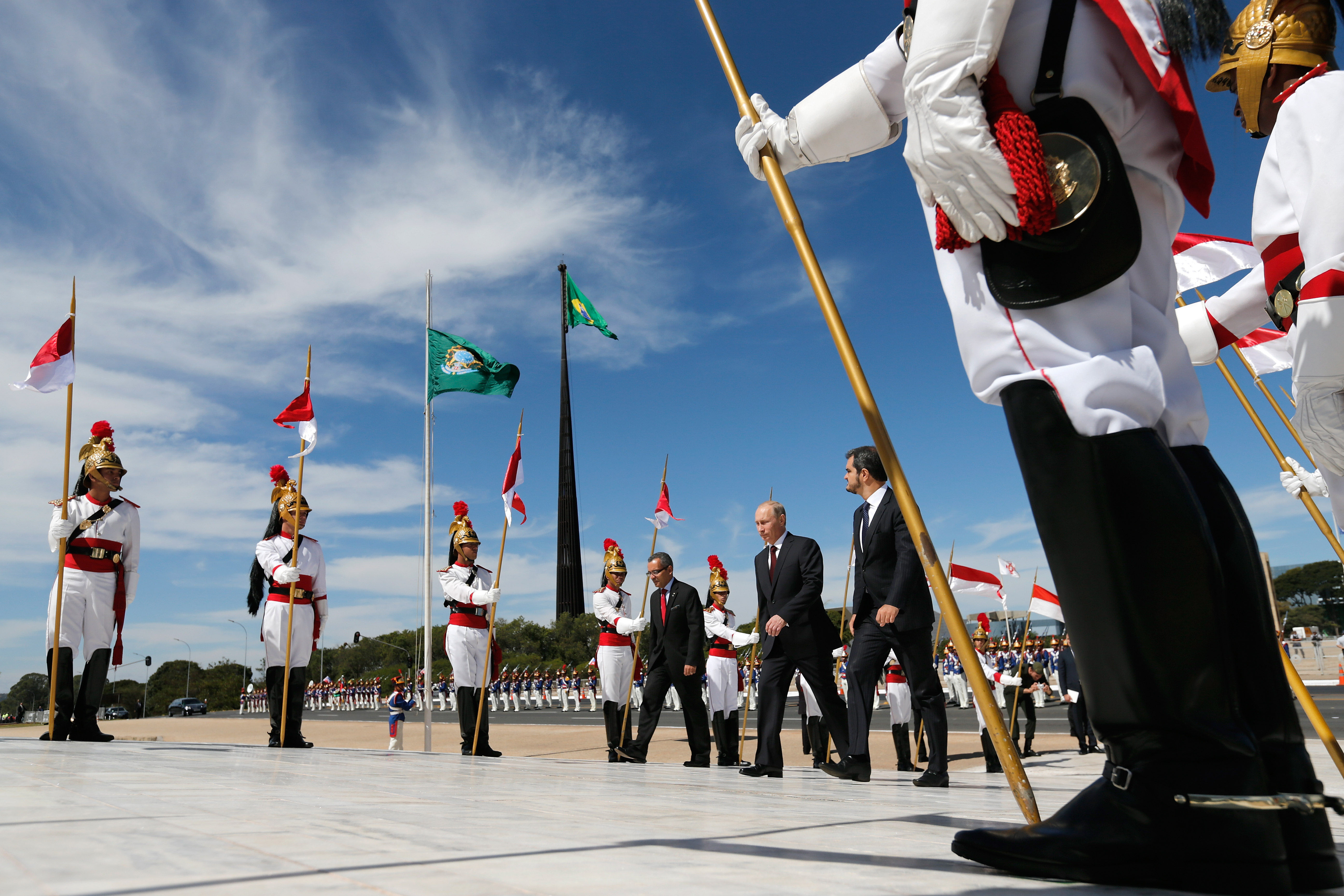 The $100 billion BRICS development bank and reserve currency fund ‘is a political coup’ for Russia, says the  Moscow Times, noting the oddly perfect timing of the long-awaited bank’s coming to completion ‘just as the West freezes Russia out of its own economic system’.  Critics disagree, arguing that the group is losing momentum as an influential global force.  President Vladimir Putin praised the BRICS as a means for the member countries to reinforce their competitiveness on the global market and the political element of their cooperation, though stressed that they have no plans to form military or political alliances with each other.  Putin is planning to raise the question of US sanctions during today’s BRICS summit.  David Yakobashvili, one of Russia’s top entrepreneurs, is criticising Putin’s crackdown on offshore corporations, warning that they will be more damaging to the economy than Western sanctions.  Several allies of opposition leader Alexei Navalny have been removed from the Moscow City Duma for failing to collect a required number of signatures to secure their candidacy for the ‘For Moscow’ coalition.

Allies of the former Yukos oil company say they are close to winning various international court rulings that could see them granted the right to pursue billions of dollars worth of state assets in compensation for the Kremlin’s theft of Yukos assets ten years ago.  RFE/RL has published an obituary for rights activist Valeria Novodvorskaya, who died last week.  Federal and municipal governments have been prohibited from buying foreign-made cars, an effort by Prime Minister Dmitry Medvedev to ‘preserve necessary balance on the market’.  Kiev is accusing Russia of escalating current conflicts in eastern Ukraine, saying that it has built up military forces along its shared border again, and that pro-Russian rebels are attempting to transport armored vehicles into Ukraine.  By NATO’s current estimates, Russia has 10,000-12,000 troops stationed on the border.  Kiev also accused Russia of being behind the shooting down of a cargo plane yesterday near Davydo-Nikolskoye.

Moscow authorities are working to ban the appearance of the city coat-of-arms in pornographic films.