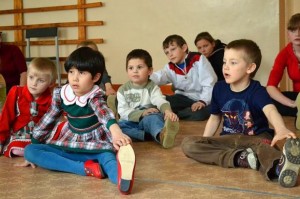 Russia has a new independent human rights organisation, in the form of the nine-person Independent Human Rights Council, whose members, among them seasoned campaigner Lyudmila Alekseyeva, will identify more rights violators for the Magnitsky sanctions list.  The pregnant former editor-in-chief of the Ura.ru news agency, Aksana Panova, has miscarried her baby amid ‘harassment’ by investigators questioning her in connection with several criminal cases.  Pussy Riot’s Maria Alyokhina has written an article for The New Times about her life or ‘anti-life’ in prison.  Norlisk Nickel has named longtime co-owner Vladimir Potanin as its chief executive as part of deal to terminate a long-running boardroom dispute at the company.  The move is, Reuters says, a ‘face-saving compromise that cannot hide the Kremlin’s insistence on bringing in Chelsea soccer club owner Roman Abramovich as peace enforcer’.  Precious metals miner Polymetal has announced that it will purchase the Svetlobor platinum exploration project in Russia together with VTB Capital.

A new calculation method has suggested that in 2011 capital flight from Russia, often used as an indicator of the nation’s economic fortunes, may have been less grave than initially suggested.   Russia’s overseas arms sales have surpassed expectations by more than $500 million this year at $14 billion.  Russia and the United Arab Emirates signed an agreement on cooperation in the peaceful use of atomic energy in Abu Dhabi.

Human Rights Watch has urged that the EU emphasise its concern at the infringement of human rights in Russia at an upcoming meeting with Vladimir Putin.  Amnesty International has voiced concerns about the idea of St Petersburg’s gay propaganda law becoming a federal reality.  The state duma looks likely to back an amendment banning the adoption of Russian children into U.S. families, in a tit-for-tat response to the Magnitsky Act.

PHOTO: According to current legislation, orphans only become eligible for adoption by foreigners once Russian adoptive parents have turned them down. (Detskiydom.ru)