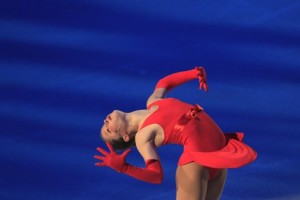 Backers of the Magnitsky Bill, which would penalise Russians suspected of human rights abuses, are anticipating that U.S. President Obama will sign it into law by the end of this year, after it was overwhelmingly approved Friday by the U.S. House of Representatives.  Russia has already promised to respond, although ‘not necessarily [in a] symmetrical [way]’, and one U.S. representative suggested that persecutors of Pussy Riot be included in the sanctions.  The Foreign Ministry’s envoy for human rights called the bill ‘unfriendly and provocative’, and warned that it could harm relations with Russia.  Friday’s meeting between President Vladimir Putin and German Chancellor Angela Merkel ‘marked a turn in Berlin’s policy’, as the latter confronted her host about human rights issues.  During the meeting, Putin accused one of the Pussy Riot members of anti-Semitism, purposely misunderstanding an ironic demonstration made by activist collective Voina in 2008.  Despite some disagreements, Putin and Merkel signed several economic deals, ‘underlining the importance of mutual trade which Putin put at $72 billion in 2011’.

Moldova will block Russia from expanding its formal presence in Transdniestria until Moscow pulls its 2,500 troops from the region.  Further arrests have been made in connection with the corruption scandal linked to former Defense Minister Anatoly Serdyukov – two associates from a defense services holding company are accused of using fake invoices to steal $1.7 million of state funds.  Auditors say that $472 million in construction financing was misallocated in the Far East, and $200 million has gone missing in the space industry.  The latter case has led to an initiation of the dismissal of Yuri Urlichich, a Glonass project contractor.

Vladimir Pozner spoke to RFE/RL about his recent critique of the Kremlin, sparked by the kidnapping of Leonid Razvozzhayev, which Pozner described as ‘absolutely incompatible with even the remotest understanding of a half-normal judicial system’.  Ukraine’s Energy Minister has publicly discussed plans to reduce his country’s dependence on Russian natural gas, and says Ukraine anticipates legal disputes over the question.  Rumour has it that BP is planning to use proceeds from its sale of its TNK-BP shares to carry out a $4 billion share buyback.