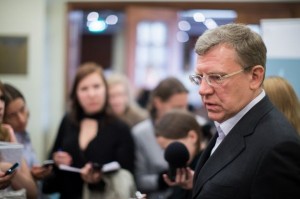 A proposed ban on U.S. citizens adopting Russia children has caused dismay among Russia’s human rights community.  Opponents of the ban have found support in the form of Foreign Minister Sergei Lavrov and Minister of Education and Science Dmitry Livanov, who have both taken issue with the proposal as a tit-for-tat response to Washington’s Magnitsky Act.  Yulia Latynina makes a powerful case against the proposed ban in this article.  A new amendment to the NGO/Foreign Agent law could enable the authorities to enjoy another pretext for disrupting the work of foreign charities.  Ex-Finance Minister Alexei Kudrin’s Civic Initiatives Committee has pledged to financially assist NGOs suffering due to the restrictive laws.  Meanwhile, the former minister has decried Prime Minister Medvedev’s cabinet as ‘inefficient’.  Putin has stressed that fighting corruption is a priority, but the ‘campaign […] seems to be easing’, says one analyst.  Unsurprising, given that the President himself ‘is not thought to be far from the trough’, argues Reuters’ John Lloyd.

Russia’s Defense Ministry is sending a new group of warships to Syria in the event that Russian nationals need to be evacuated from the country.  The Kremlin is mulling a relaxation of restrictions on the Muslim Brotherhood in order to encourage positive ties with post-Mubarak Egypt.  Ukraine’s president Viktor Yanukovych has pulled out of gas price talks with Vladimir Putin at the last minute, prompting jitters among European gas customers.  On the plus side, Gazprom is reportedly likely to cut long-term contract prices for Europe next year to levels comparable to those in the spot market.  Rosneft is looking to secure access to the wider Mediterranean thank to a new joint venture with Italian refiner Saras.

In the city of Voronezh, police have raided the apartments of two opposition activists in possible connection with a high profile criminal case into an alleged coup plot.  The American Center for Law and Justice takes issue with Russia’s Internet blacklist operations.  The Kremlin is working hard to promote President Vladimir Putin’s press conference tomorrow – but why?