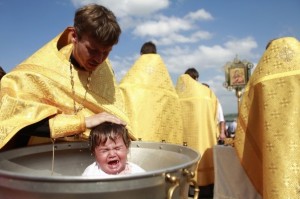 The St. Petersburg International Economic Forum (SPIEF) continues today with discussion focused on direct investment.  President Vladimir Putin has admitted that offshore zones are used by Russian companies ‘excessively’, and discussed solutions for regulating the practice.  Self-exiled economist Sergei Guriev, writing in toady’s Financial Times, blames the paradox of flagging economic growth in an otherwise prosperous Russia on a poor business climate, as a Russian investment adviser says Guriev’s fleeing itself ‘is bad for the market’.  SPIEF’s discussions also involve outlooks for the business climate, with business people and state officials saying that a government initiative to attract $780 million of investment to the Far East over the next 12 years will fail if things do not improve.  But Russia is tightening its grip on the oil industry, says the New York Times, a move that is bound to put off investors further.  A sideline panel of opposition lawmakers, ignored by Kremlin officials, alleged that billions of dollars were lost due to cuts in import tariffs tied to Russia’s World Trade Organisation accession. ‘The WTO is bringing us into an [economic] depression.’  This piece looks at the promises Putin made at last year’s SPIEF, and whether or not they have been fulfilled.

Putin has revealed Rosneft’s plans to sign an ‘unprecedented’ $60 billion contract to supply crude oil to China’s National Petroleum Corporation, under which exports to China alone could reach 50 million tons a year.  Rosneft head Igor Sechin said that the total value of the company’s China deal, of which the contract is merely ‘one element’, could be $270 billion.  Anders Aslund speculates that the Kremlin will ‘destroy’ Rosneft through mismanagement, and analysts agree: ‘They have taken over the most productive, efficient set of energy assets in Russia and many in the market fear Rosneft are already starting to impact them negatively.’  The Chief Executive of Norway’s Statoil says that it could take a decade before the company is producing Arctic oil under its partnership with Rosneft.  Investment group AFK Sistema is selling a 49% stake in oil producer Russneft for $1.2 billion to a group of companies.

A U.S. judge has called Russia an ‘outlaw’ for ignoring his order to return the Schneerson Collection of Jewish manuscripts to a Brooklyn-based Hasidic movement.  Those in charge at the Bolshoi Ballet are attempting to move on from recent scandals and focus on their artistic programs, as it is reported that artistic director, Sergei Filin, is now nearly blind following an acid attack earlier this year.

PHOTO: A priest baptizes a child at Novopyatigorsk Lake near the southern Russian town of Pyatigorsk, June 19, 2013. About 80 people were baptized by the Russian Orthodox Church during the ceremony. (Eduard Korniyenko / Reuters)