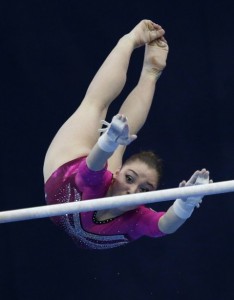 The naming of the Boston bombers as brothers of Chechen origin has sparked new fears of security at the 2014 Sochi Olympics, despite there being no obvious links with the Chechen insurgency.  This piece, for example, calls the North Caucasus ‘a breeding ground for terror’.  A Russian intelligence official has attempted to distance Russia from the brothers, underscoring their ‘minimal’ Russian presence and the fact that they grew up in the United States.  Chechen President Ramzan Kadyrov said, ‘Their attitudes and beliefs were formed there. One must look for the root of the evil in America.’  Moscow allegedly alerted Washington to suspicious behavior by one of the Boston suspects in 2011.  President Vladimir Putin has agreed to step up anti-terror cooperation with U.S. President Barack Obama.  A group of up to 20-24 demonstrators wearing white ribbons were detained in downtown Moscow over the weekend for marching in support of the 27 suspects held in connection with last year’s Bolotnaya Square protests.  The chairman of the Kremlin’s human rights council, Mikhail Fedotov, has proposed scrapping the law that labels internationally-funded NGOs as ‘foreign agents’.  As an example of how the new legislation is affecting the work of these NGOs, RFE/RL documents the efforts of Mikhail Masalgin to seek redress for alleged policy brutality with the help of Public Verdict, one of the organizations currently hampered by bureaucratic measures brought by the new legislation.

Egypt on Friday requested a $2 billion loan from Russia, as President Mohamed Mursi visited Sochi to propose that the two nations form ‘a real political union’.  Mursi also requested help fulfilling Egypt’s current gas supply contracts with Europe in exchange for North African exploration opportunities.  Is the International Investment Bank planning to create an internal Russian offshore zone?  If so, it would be the first of its kind.  Metalloinvest owner Alisher Usmanov has topped the Sunday Times Rich List for 2013 with an estimated fortune of $20.3 billion.  JPMorgan are advising reducing Russian stock holdings, but the head of the European Bank for Reconstruction and Development is to promote Russia as an investment destination later today.

The ‘mild dose of nationalist sloganeering’ in Alexei Navalny’s parlance ‘inoculates him somewhat against Putin’s favorite line of attack, that critics are Western stooges’, says the New York Times.  The Polish treasury minister has been fired for failing to supervise PHNiG’s dealings with Gazprom.