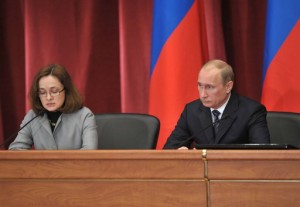 A Moscow judge, whose cases include the recent jailing of Pussy Riot, was threatened with an ax in her office yesterday.  Former Astrakhan mayoral candidate Oleg Shein plans to end his hunger strike tomorrow, after his supporters have been released from detention.  President Dmitry Medvedev has pardoned Sergei Mokhnatkin, the 58-year-old man who has already served two years in prison after being arrested at a rally in Moscow, but what about the 31 other cases he was requested to review?  A police captain was arrested in Moscow over the weekend, charged with accepting a $40,000 bribe from a car salesman.  New rules for police will require officers to check and document the condition of all those about to be placed in detention facilities.  Gay rights activists held a protest at the Moscow City Duma yesterday afternoon against a proposed law to ban ‘gay propaganda’, like the one passed in St Petersburg in March.

Moscow has warned that proposed U.S. legislation to punish Russian officials involved in human rights abuses could have a ‘significant negative impact’ on diplomatic relations.  The new Social Democratic Union, a platform for all left-wing parties, will hold its founding conference today.  Many opposition figures are turning to old-fashioned methods of winning broad-base support. ‘When you have no opportunity to go on TV, you go and you shake a million hands.’

‘Thirty-eight percent of Russian respondents agreed with the statement: “Money and wealth are important for me” — more than in any other country polled.’  Two people have died as a result of wildfires in the Amur region.  The world’s first ever pure-white orca has been spotted off the coast of Russia.