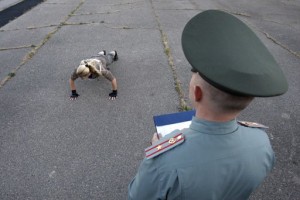 The Foreign Ministry have criticised the E.U. for ‘a crude attempt at interference’, after it emerged that it planned to nominate the jailed members of Pussy Riot for the Andrei Sakharov human rights award, as lawmakers call for harsher sentences for anyone guilty of offending religious feelings.  A VTsIOM survey indicates that over 80% of Russians would support this, as vandals continue to attack wooden crosses all over the country (the latest to come under attack being a cross dedicated to Rasputin, on the outskirts of St. Petersburg).  Two former police officers in Kazan have been sentenced for exceeding their authority in connection with the torture and murder of detainee Sergei Nazarov in March, but rights activists have complained that the sentences – of less than three years each – are not long enough to discourage abuses by police.  Lawmakers, led by calls from President Vladimir Putin, are calling for stronger penalties for drunk drivers.  Russia praised Belarus’ parliamentary election, accusing international observers, who have dismissed the election as a sham, of political bias.

The Kremlin has earmarked $8 billion of next year’s budget to boost the Russia Direct Investment Fund, which ‘identifies attractive investments then co-invests with leading international funds’.  The key to BP’s selling out of TNK-BP is in the hands of Dmitry Medvedev’s cabinet, according to the Deputy Prime Minister.  Gazprom’s CEO says he is suspicious of the European Commissions pricing complaints, suggesting that they are linked to a desire ‘to force discounts for themselves’.  Surgutneftegaz will exit its last foreign project, a consortium developing the Junin 6 oil block in Venezuela.

Alexander Lebedev says he fears imminent criminal charges because Vladimir Putin ‘thinks it is true that I have been funding the opposition’.  A recent ‘lending spree’ by Russian banks could leave them vulnerable to any serious fluctuation in the price of oil, says Reuters.  Russia is considering whether or not to open tenders for its untapped deposit of gold.

PHOTO: An officer looks at a candidate as she does push-ups during the selection process for a professional contract in the Russian army, at a recruitment centre in the southern Russian city of Stavropol September 25, 2012. REUTERS/Eduard Korniyenko