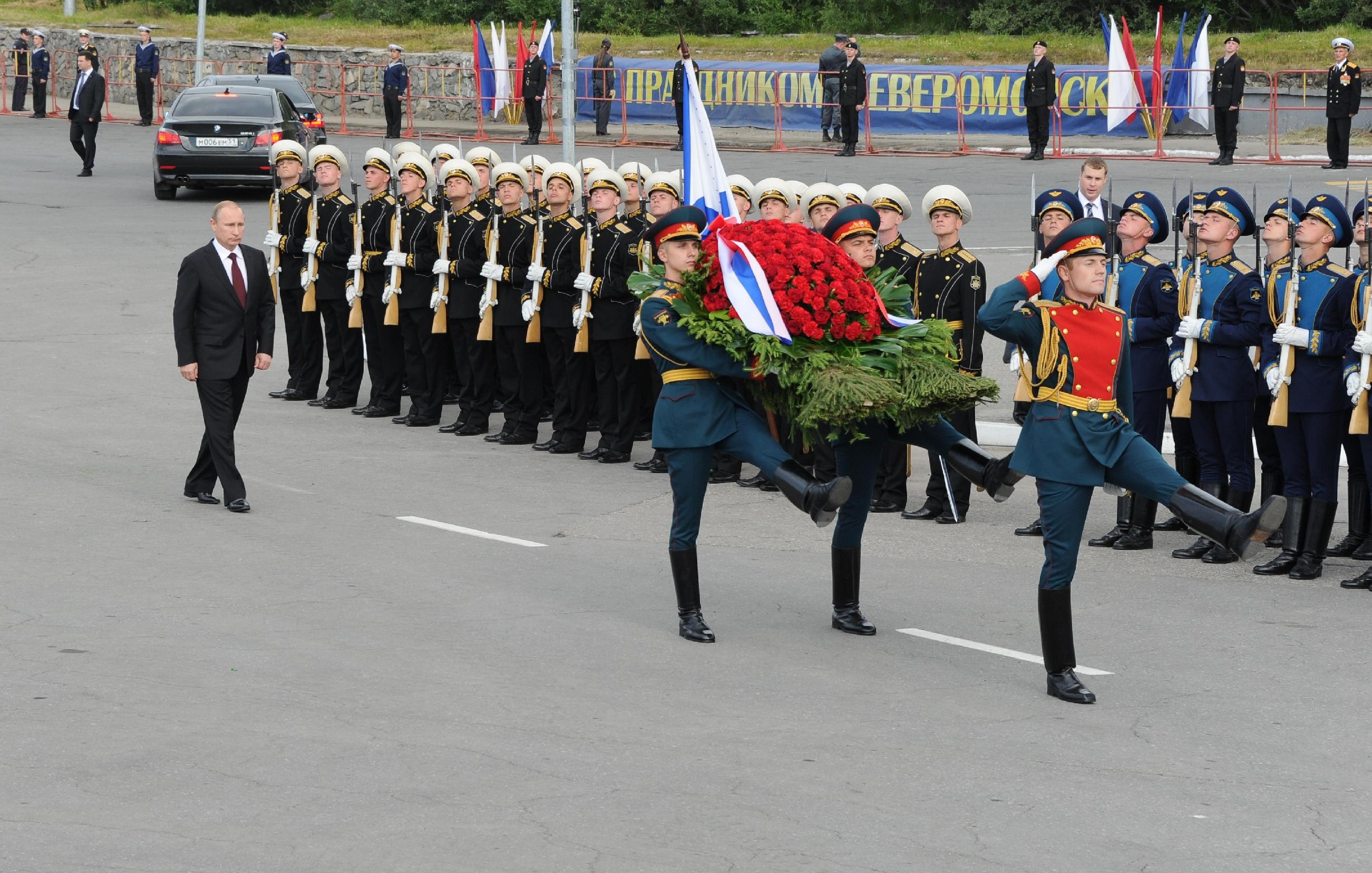 The Permanent Court of Arbitration in the Hague will announce today that Russia must pay $50 billion to former shareholders of Yukos, having ruled that Russia has infringed an international Energy Charter covering legal issues for energy investments, according to a Kommersant report.  A German article says it has evidence of a Kremlin power struggle that has emerged in response to Western sanctions, with a number of officials reportedly wanting to withdraw support for President Vladimir Putin over business concerns.  Former Finance Minister Alexei Kudrin estimated that Russia’s economy ‘would collapse within six weeks’ if sanctions were to be imposed against Russia’s entire finance sector.  The Foreign Ministry says it interprets expanded E.U. sanctions as a sign of scaled down cooperation over issues of international security.  The U.S. State Department has released satellite images of blast marks that, it says, prove that rockets were fired from Russian into Ukraine in the last seven days.  Over 40,000 refugees from Ukraine have fled to Russia’s Rostov region since conflict with Ukraine began.  The food safety watchdog has imposed a ban on all imports of Ukrainian dairy products and products containing dairy; cheese is Ukraine’s 10th largest export to Russia.

Germany’s Vice Chancellor called for the freezing of bank accounts belonging to Russian oligarchs living in Europe, vowing to ‘show these billionaires that there is no room for them in Europe’ if they continue to support their government.  Britain’s deputy prime minister is calling for Russia to be stripped of its right to host the 2018 World Cup as part of retaliation for the MH17 plane crash, but Fifa does not agree.  The Defence Ministry has announced plans to set up military camps in the Arctic.  The Interior Ministry is offering a hefty payout for research on identifying users of the anonymous browsing network Tor, in a bid to crackdown harder on Russia’s online community.

For the first time, a gay pride event in St. Petersburg went off without any violent infractions this weekend.