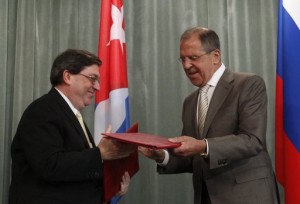 Prime Minister Dmitry Medvedev’s Open Government group of experts and Kremlin advisers will continue to work with leading liberal economist Sergei Guriyev, despite reports that he has fled Russia under political pressure.  The Investigative Committee has confirmed that Guriyev was questioned in connection with the Yukos case ‘some time ago’, and Bloomberg suggests that Guriyev’s disappearance is connected to a criminal case against Moscow’s New Economic School, which is alleged to have received funds from former Yukos head Mikhail Khodorkovsky.  ‘This means that no one has immunity.  If any representative of the elite enters into a relationship with the opposition, he takes a great risk,’ said an analyst.  Khodorkovsky and his business partner Platon Lebedev have had their appeal hearings set for August 6.  Moscow’s City Court has upheld the conviction against Pussy Riot for their ‘punk prayer’ protest in a cathedral.  ‘This is not a political case, they are just hooligans,’ said Judge Olga Yegorova.  Maria Alyokhina, the group’s jailed member who is currently on hunger strike, is ‘upbeat’ despite having been transferred to a prison hospital.  Moscow Mayor Sergei Sobyanin spoke out against migrant workers, saying that those ‘who speak Russian badly and who have a different culture are better off living in their own country.’  He said he was against the city having ‘ghettos, districts with monoculture’, citing the recent Swedish riots.  Liberal Democrat Duma member Vladimir Zhirinovsky has been warning teenagers against homosexuality.

State oil company Rosneft has apparently cut off supplies of crude oil to small local refiners since its acquisition of TNK-BP, driving domestic prices above world rates.  Foreign Minister Sergei Lavrov met with Latin American representatives in Moscow yesterday amid plans to develop ‘a permanent mechanism for political dialogue and cooperation’, in what one analyst called ‘a serious attempt by Latin American states to counter U.S. economic and political influence in the region’.  Syrian President Bashar al-Assad has confirmed that his country received an advanced missile defence system from Russia, and is awaiting the delivery of more missiles.  Lavrov says that a U.S.-backed draft resolution condemning Assad’s government is ‘odious’ and ‘unwholesome’.  Russia may also reconsider its restrictions on weapons deliveries to Syria in light of its disappointment over Europe’s lifting of a ban on arms sales to Syrian rebels, according to the Defence Minister.

Supporters of wrestling as an Olympic sport are gathering in St. Petersburg to attempt to have it readmitted as an Olympic event by Summer 2020.  The Kremlin’s satellite news network, Russia Today, has hired American television personality Larry King to host a ‘mold-breaking political talk show’.