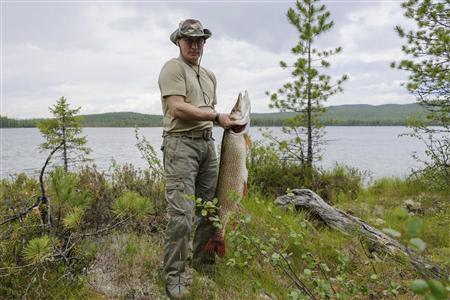 Russia’s gay rights situation (click here for a recap of recent events) continues to dominate the news.  Western reactions remain focused mainly on the Sochi Olympics (a number of gay athletes, including diver Greg Louganis, have come forward to say that they disapprove of current laws but will compete nonetheless) and the ongoing boycott of Russian vodka.  As requested, a criminal case has been launched into comments made about lawmakers Yelena Mizulina and Olga Batalina by gay rights activist Nikolai Alexeyev.  ‘Legitimacy’ is a poor excuse for the Kremlin’s use of the legal system to persecute its opponents, says Masha Gessen.  Gazprom has taken over Kyrgyzstan’s natural gas network for just $1 and a promise to upgrade the infrastructure.  Rosneft, the world’s largest crude producer since its takeover of BP, reported $943 million in quarterly profits ($4.4 billion net, an 18% increase).  Food retailer Magnit’s trading losses may require store closures in Moscow.  Aeroflot is to launch a subsidiary budget carrier in a bid to revamp its image.  Vladimir Ryzhkov discusses the ongoing destruction of the Altai Forest.

Over the past two decades, the number of Russians who discuss politics with their friends has halved (in favour of the topics of illnesses and sports), says the Levada Centre.  Alexander Anikin, chief prosecutor of the Moscow region, has resigned over a high-profile illegal casino case.  Mikhail Degtyaryov, the Liberal Democratic Party candidate for the Moscow mayoral elections, had his campaign documents stolen, whilst Sergei Sobyanin, the most popular candidate, has promised to build Europe’s largest city park in Moscow.  The Moscow Times examines the very different issues that pertain to the gubernatorial elections.

Russians are expressing skepticism about Vladimir Putin’s latest PR stunt: ‘Wonder who planted that fish for Putin to catch.’  Russian businesses are apparently attempting to register for patent an image of NSA whistleblower Edward Snowden.