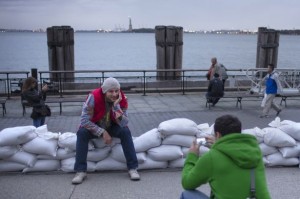 In a ceremony led by Vladimir Putin, Gazprom officially launched production at the Bovanenkovo field on the Yamal peninsula, one of the world’s largest natural gas fields. The company has also been given the go-ahead for plans to construct a 2,000 mile pipeline from Vladivostok eastwards as part of a $38 billion project to develop its Asian prospects.  Greenpeace supervisor Vladimir Chuprov describes the Arctic project as ‘a huge black hole – or rather, a ‘snow hole’ – that would allow for centuries’ worth of embezzlement.’  This Forbes columnist sees echoes of the Yukos case in the recent Rosneft deal, resulting in ‘[a] red hand stretching out from Russia to strangle the supremacy of the West and pave the way for a new world order – one with Russia at the helm’.  Sergei Guriev in the Moscow Times sees the deal as ‘the ultimate proof of the Russian government’s embrace of state capitalism, giving it control over the economy’s commanding heights’.  Meanwhile Gazprom and Serbia’s Srbijagas have signed the final investment agreement on the South Stream gas pipeline.  ING Bank questions whether Russia’s IMF accession was worth the wait.

It seems that opposition-oriented party A Just Russia could be facing a crisis, as leaders of two of its founding groups have announced their departure.  Rusnano chief Anatoly Chubais has predicted that the opposition movement may well grow in strength.  RFE/RL reports on a New York exhibition depicting the lives of gay Russian asylum seekers in the US.  Reuters describes the harsh conditions that the incarcerated Pussy Riot duo will suffer during penal service.

In a meeting with Belarus’ President Alexander Lukashenko in Minsk, Russian Foreign Minister Sergei Lavrov has spoken of his opposition to ‘politicizing human rights’.  The Swedish government has awarded Russian human rights lawyer Sapiyat Magomedova, from Dagestan, the Per Anger Prize for defending victims of civil rights violations.  Dmitry Trenin of the Moscow Carnegie Center suggests that if the Kremlin could vote in next week’s US election ‘then the Kremlin would vote for Obama‘.