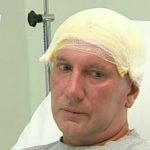 As lawyers for the widow of former KGB officer Alexander Litvinenko demand an inquest into whether the Russian government was behind his murder in London five years ago, the victim’s alleged killer, Andrei Lugovoi, who remains at the heart of an extradition quarrel between the UK and Russia, has claimed that Litvinenko might have taken his own life.  Brian Whitmore analyses the ripples of instability permeating the Kremlin, the reasons for which include, ‘[a] weakened lame-duck president, a dispirited technocratic faction in the elite that opposed Putin’s return, and fears that the pro-Putin siloviki clan will be eager to move on its bureaucratic enemies.’  Another reason Whitmore mentions is the ongoing turf war between the Prosecutor-General’s Office and the Investigative Committee of Russia, on which ITAR-TASS has a commentary.  Reuters notes that Prime Minister Putin’s decision to run for a third term as president in 2012 has not put a stop to the decline in support for United Russia, as evidenced by a recent poll showing only 41% support for the ruling party, which is aiming for 65%.  NPR considers apathy as a contributing factor.  Echoing statements made by Mikhail Khordorkovsky, A Just Russia leader Sergei Mironov has urged people not to abstain in the upcoming elections as a method of reducing electoral fraud.  Russian rock singer Andrei Makarevich has continued to shed a critical eye on the return of Putin and his entourage.  ‘Mr Putin’s outlook on the world is locked in the post-Soviet timewarp.’

In protest against inadequate financial support, 500 people have gathered in Moscow’s Pushkin Square to demand more government interest in science and scientists in Russia.  The Washington Post has the details on the researchers’ grievances.  Alexander Lebedev’s TV sparring partner Sergei Polonksy apparently plans to sue the Independent owner for libel in Britain for saying he deserved the widely-viewed punch.  RFE/RL reports on the changing nature of the tabloid press.  Moldova’s authorities have released from custody the Russian writer and blogger Eduard Bagirov, accused of planning a “Twitter Revolution”.  State prosecutors in the Volgograd region have fired a prison governor after he was revealed to be offering opulent cells to crime bosses decked out with plasma TVs and fish tanks.  Though it has not done so as of yet, Russia has maintained that it reserves the right to ‘adequately react’ to the US Magnitsky blacklist.  Why the Obama administration opposes the sanctions.

‘We’re talking about holding the Olympics over a mass grave of Circassians’:  Reuters reports on the dark history of Sochi.  Russia is planning a bid to host the 2023 Rugby World Cup.  Hollywood actress Hilary Swank apparently regrets her decision to fawn over Ramzan Kadyrov in Grozny.  ‘[B]eneath the glitter lurks fear that Kadyrov’s burgeoning personality cult will not only persist with Putin back in the Kremlin but could intensify, leading to a further clampdown of freedoms’.

PHOTO: Alexander Sizov, 52, the sole survivor of the plane crash that devastated Yaroslavl’s Lokomotiv ice hockey team on September 7, says the jet started to drop before it nicked the navigation beacon.  (www.1tv.ru/MT)