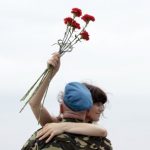 The latest in the action man segment of Prime Minister Vladimir Putin’s public life – rockclimbing at a youth camp in Tver, where he also said that a union with Belarus is ‘possible and very desirable’.  In preparation for the upcoming elections, ‘Putin has retained the most odious election officials in his power vertical, those associated with numerous scandals and violations,’ says Nikolai Petrov, anticipating a ‘massive falsification’ of December’s results.  St. Petersburg Governor Valentina Matviyenko is being slammed today after the city’s election committee received official notification about the by-elections only after the deadline had passed.

The Foreign Ministry says that the U.S. Senate was like ‘a broken record’ for issuing a resolution in support of Georgia, and slammed its use of the word ‘occupation’ to describe Russia’s presence in the breakaway regions of Abkhazia and South Ossetia.  The case of Sergei Magnitsky will be re-opened, after being closed without his relatives’ consent and without his being cleared of charges against him.  Most of the police generals passed yesterday’s re-evaluation tests – issued as part of the Kremlin’s drive to reform the force – with only 21 failing, largely ‘over problems with their income declarations’.  Moscow says it is ‘seriously concerned’ about the latest violence in Syria and is calling for an end to the use of force against civilians.  Vladimir Ryzhkov writes about the second generation of Kremlin elite that are currently rising into power through nepotism.

The BBC has sourced some amateur video footage of the tornado that swept through Blagoveshensk.  It is thought to have been the country’s first ever ‘city tornado’.  Animal rights activists are drawing attention to the plight of the 1980 Olympic bear, who now lives caged in a parking lot.  The FSB has released new information relating to the imprisonment of Raoul Wallenberg, leading to accusations that this information was initially ‘intentionally withheld’.

PHOTO: A woman hugs a Russian paratrooper in the far eastern port of Vladivostok August 2, 2011. Russians celebrate paratrooper day on Tuesday, a tradition carried over from Soviet times. REUTERS/Yuri Maltsev